There are plenty of fancy gravel bikes designed for roadies. But the Fugio 30 is so clearly designed for mountain bikers.

Genesis is a niche brand from the UK, specialising in rugged bikes designed for long adventures. They entered the market in 2009 and have since narrowed their range to gravel and rigid flat-bar bikes. Here at AMB, we have no aversion to gravel. While they will never replace the capabilities of a mountain bike, gravel bikes are an exceptionally fun way to spice up your off-road life.

Genesis are masters of steel and the Fugio 30 is made of nonother than Reynolds 725 tubing. I haven’t been around long enough to become a true bike nerd, but I’ve heard Reynolds steel frames were behind 27 Tour de France wins. The 725 steel is heat treated, meaning the frame can use thinner walls and therefore weigh less than standard non-heated steel. More importantly – this steel is strong, meaning the Fugio is ready to tackle the roughest of roads. Genesis have done a superb job on the welding, giving the Fugio a refined and high-quality aesthetic. The Fugio 30 is the top offering in the model’s range, complete with a dropper post and Shimano mechanical GRX groupset with hydraulic brakes. The later needs no introduction, Shimano making some of the most reliable shifting and brake systems around. For this reason, the use of a KMC chain is slightly disappointing (however it’s also understandable given current industry shortages). But it’s the dropper post that really separates the Fugio 30 from competitors. This addition - an unusual one for OEM bikes – allows for greater comfort while descending and opens up more single-track adventures. 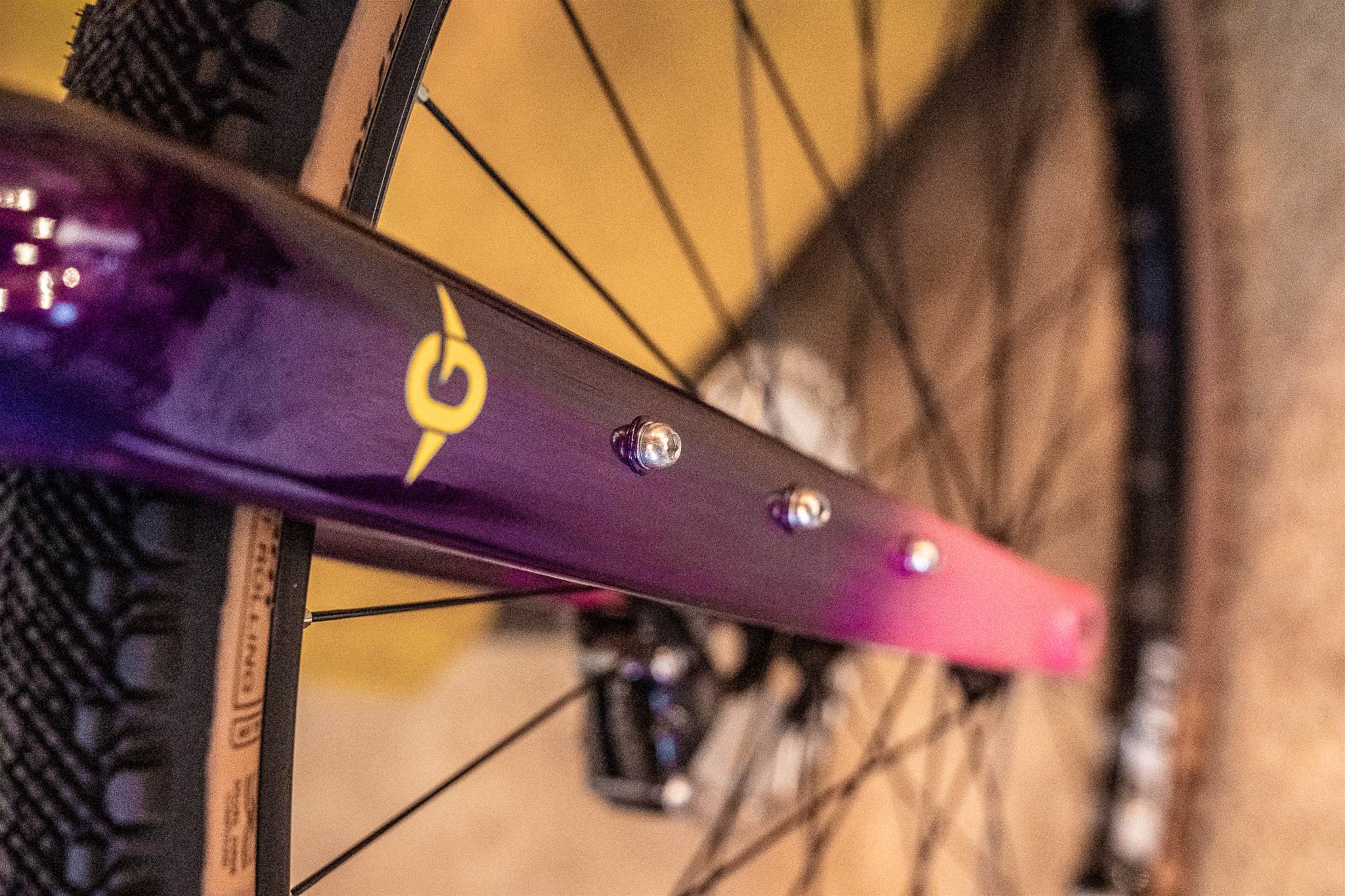 While a premium build, the Fugio 30 is still designed for the everyday adventurer. Its maintenance could aptly be described as low fuss, with a threaded bottom bracket and easily accessible external cable routing. The bombproof WTB wheels come with tubes, but ready to be set up tubeless with the included sealant. While these 650b wheels can take a burly 47c tire, they frame is also compatible with 700c wheels, with tires up to 40c wide. And for those looking to haul their house with them – there’s a whopping 14 biddon bolts, including three on either side of the carbon fork. With Garmin XC100 pedals (review in current issue) attached, the bike weighed just under 11 kilograms.

So how does it ride?

The frame I’m using is Small with 440mm handlebars. I’m 172cm tall and could have easily ridden a Medium, but I wanted this rig to feel as light and nimble as possible. And that it did. On its first ride, I took the Fugio on a very popular gravel loop around Bright, Victoria. The steel frame was impressively stiff and responsive, making me wonder if creak-prone carbon is a little overrated.

I was initially skeptical about the purpose of a 50mm dropper post; however after launching off a few natural ramps and pinning down loose fire roads, it makes so much sense. The drop is enough to make a difference to your body position, but not too much that the bike gets lost beneath you. Paired with the semi-slick WTB Venture tires, the Fugio 30 is simply begging for single-track detours. The brakes were suprisingly powerful, never faltering on the 7km descent. In fact they were so powerful, that upon first use they threatened to throw me over the bars!

The front chainring is a 40 tooth, paired with an 11-42 tooth cassette. This is generally a wide enough ratio for most areas. While it depends on your level of fitness, I only found myself searching for an extra gear on gradients over 15%; but with anything below 12%, the 11-speed drivetrain has you covered.

Out of the box, the Fugio 30 screams quality and fun. It’s a brilliant option for those wanting to stand out from the crowd in an ever-growing market. Its components leave very little wanting, and as the saying goes: ‘Steel is real.’

We'll be riding it this Sunday 29th May at the Dirty Yack Gravel Track, for which entries are still open up until the day of the event!