You know that spring is here and a summer of mountain biking has begun when Cape to Cape gets underway. Sure, it's a competitive mountain bike event, but there are just as many people (ok, probably more) who use Cape to Cape as a social event as a race. And you can be certain that even those at the front of the race enjoy the chance to catch up with friends - even if they are rivals between the tape.

The 2019 Cape to Cape route is pretty similar to 2018, but with a bit of a switcharoo with the 3rd and 4th days, plus no roll through Margaret River. Of course the other big change is that much of the race is in pairs. You can still race in a solo category, but pairs is where the action (and prize money!) is.

Under the watchful eye of Cape Leeuwin Lighthouse

A lighthouse keeps sailors safe by shining a light out to see, warning sailors of rocks and treacherous conditions. They're a pillar of safety. So it's almost no surprise that before Cape to Cape you will see riders rolling up to the historical lighthouse at Cape Leeuwin, seeking shelter from the almost ever-present wind.

The lighthouse can afford views all the way up the opening climb, as the front of the race takes the chance to look at each other, test legs, and test team dynamics, and then set about racing.

But soon enough the race would pass the gaze of the lighthouse and the command of the race leading vehicle in the neutral zone - and all bets are off!

On course at Cape to Cape with Chris Panozzo

For Cape to Cape, I'm teaming up with Chris Panozzo - known more for prowess against the clock at the EWS and in downhill racing. Here's his view of today:

Racing against the clock is good and all, but there is just something about lining up at the start with more than a thousand other riders to get the blood pumping.

The event may have a few of those serious vibes, but the West Aussie laid back culture produces a californian vibe, where things might be serious, but so laid back at the same time that you go through peroids of wondering if you're on one of the largest sunday afternoon group rides, or a serious xc marathon, strange and alluring all at the same time.

The race mixed fire road with sandy singletrack, bush encroaching in on unused roads, I loved it. With moisture in the soil, grip was at a premium if you were prepared to let the bike do the work, and after each climb there was less of a chance of pulling the brakes on the following descent.

With each climb and decent short and sharp, the course filters out those quickly looking to win, with those out there for the enjoyment. But no matter where exactly you were in the race, you could enjoy a friendly battle and that in a sense is exactly what this race is about. 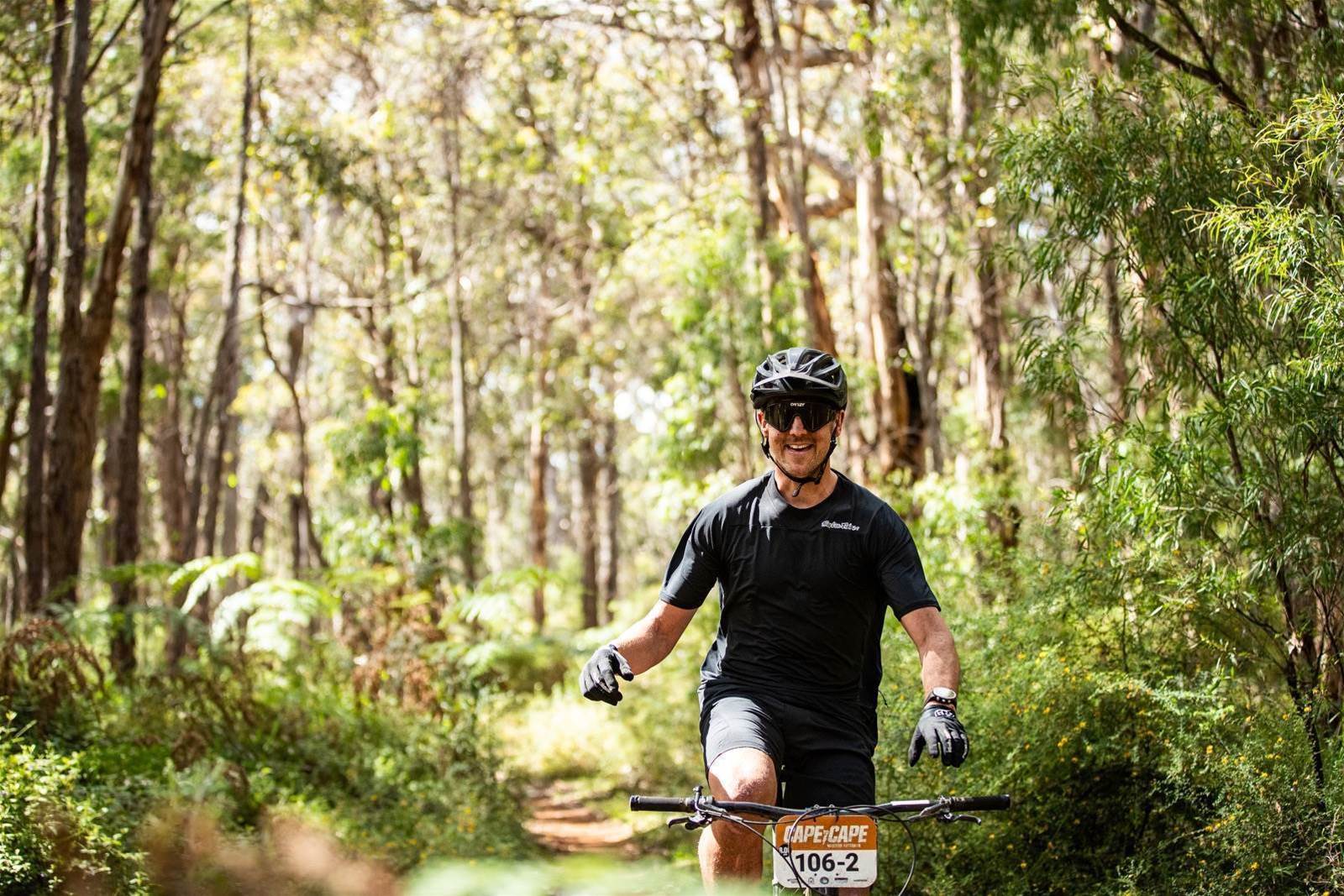 How it stands after Stage One of Cape to Cape

Reece Tucknott and Brent Rees were first over the line, but as Brendan Johnston and Jon Odams won the time trial show event for some invited teams yesterday they score a time bonus that carries across to the four-day race. As such, while Tucknott and Rees won the first stage of Cape to Cape, Johnston and Odams (who were second and 0.5 of a second behind) will wear the leader's jerseys tomorrow. They weren't in them today as the time trial yesterday wasn't part of the race. Confused? Yeah, we get that. Trek-Shimano with Cal Carson and Cam Ivory were 3rd on the stage. 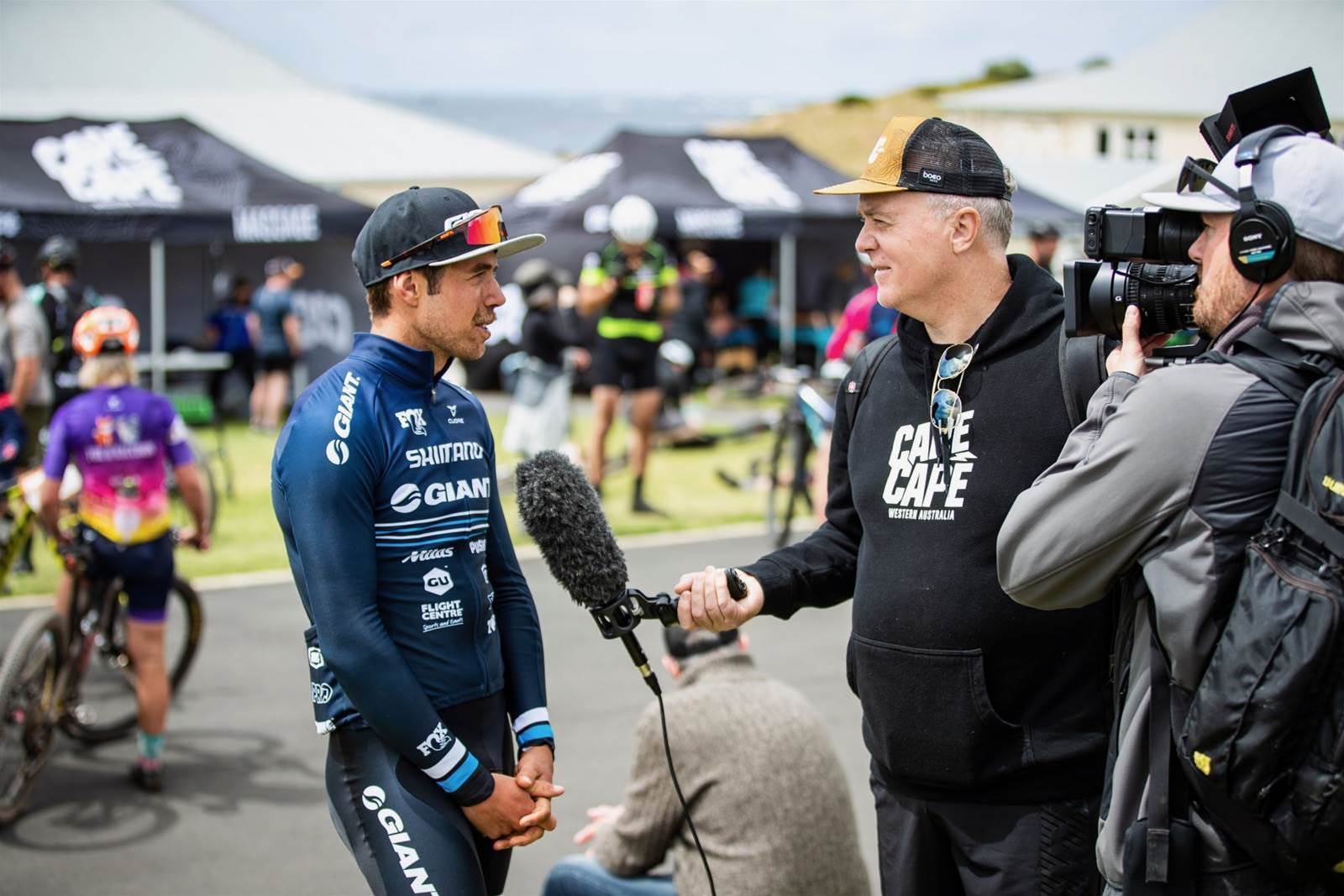 In the women's pairs race the Specialized Duo of Ella Bloor and Lucy Bechtel won, adding to their time trial win, and lead ahead of Fox and Raccoon (Anna Beck and Briony Mattocks, or vice versa) with the Motion Girls in 3rd. Masters Men is set with Cyclery Tiffen (Andrew Blair and Jon Gregg) leading Mornington Cycles - Total Rush, consisting of Brad Clarke and Rohin Adams. Both teams are in the top 10 overall and Blair and Gregg have their sites and ambitions set on a top 5 overall.

"I wouldn't write them off, they put 10 seconds into us in 9 minutes yesterday," said Blair when asked about Adams and Clarke in second. "These are the sorts of races where anything can happen. I'd like to ride a good overall, and it would be super nice to get a top 5 overall. But it's just nice to be a part of this event. You look around and there are lots of really nice guys. I really appreciate those moments in the race, especially in pairs events, where you find yourself chopping off with another team or two - it's a really good dynamic out there."

Mixed Pairs was set alight by Holly and Michael Harris of SRAM MTOSS. With Euro imports Renata Bucher and her team mate Benny in 2nd, TT winners Em Viotto and Karl Michelin-Beard were 4th on the stage but we are awaiting the final GC standings to see how it all looks. 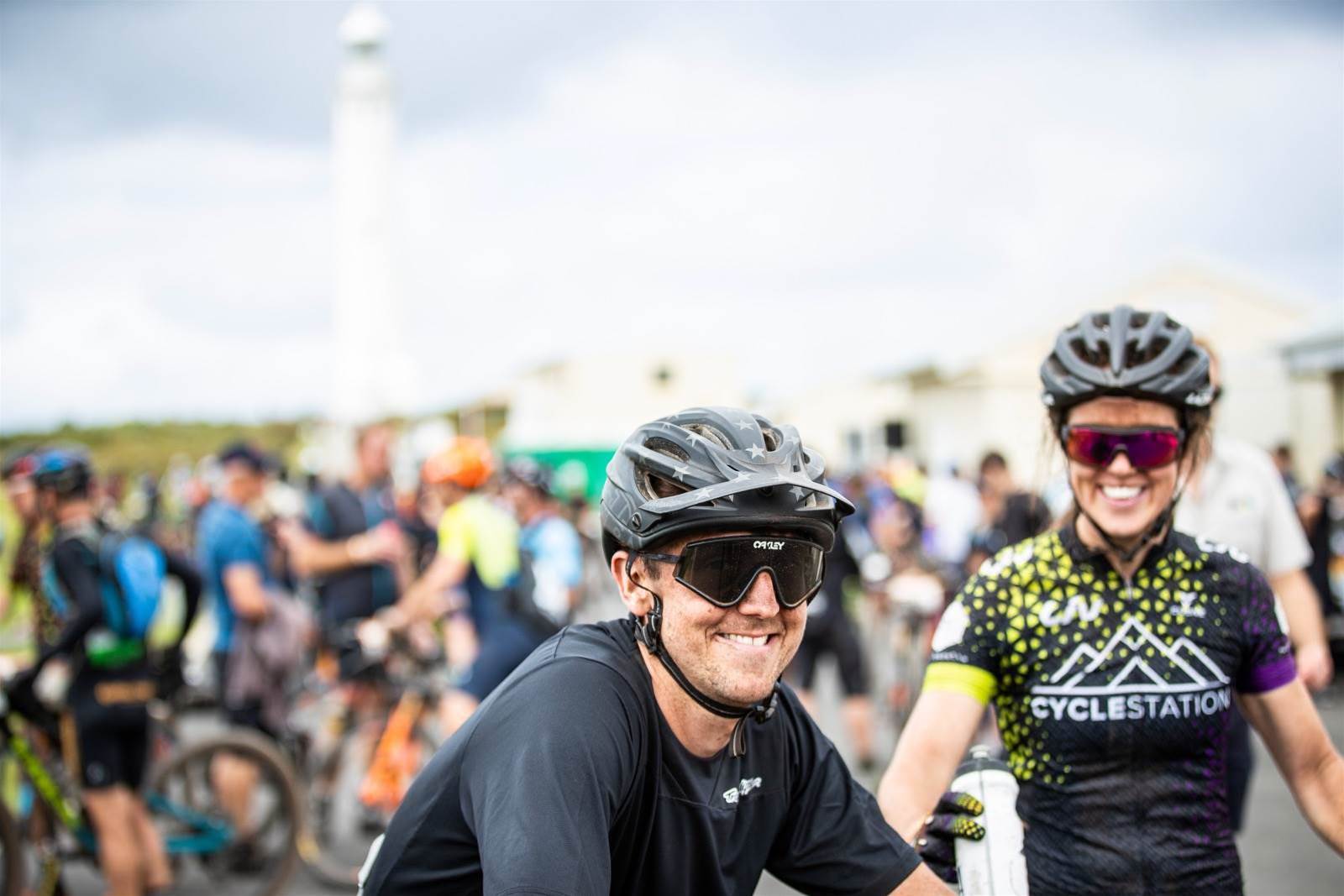 For the single scene, Kathryn McInerney won by a huge margin, while Trevor Spencer won open men in a tight tussle with Owen Gordon, although Masters man Damon Willmore was 2nd overall. 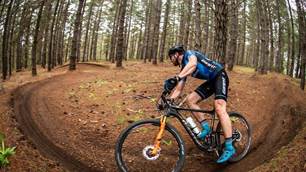