PLUS bikes. Sure you've heard of them but what exactly are they? Fat bikes in disguise? Adam Macbeth takes you through the in's and out's of the plus bike kingdom!

Every year around this time, manufacturers are yelling ‘TaDaahh!’ as they lift the veils concealing new products they’ve been working on for some time. There are years when not a lot changes and there is much ado about, well, not very much, but this season we’re certain to see a big influx of a new genre that has been sneaking into the industry over the past twelve months or so.

Having been given the various and dubious titles of ‘semi-fat’ and ‘B-Plus,’ the emergence of the 27.5+ wheel platform has been slow, but it’s certain to be something we’ll be seeing more and more of in the media and on the trail.

What is 27.5+ really?
The platform revolves around the existing 27.5 rim diameter, utilising the wider frame clearances that are possible thanks to the introduction last season of 148mm wide Boost dropout spacing and the the matching 110mm spaced forks of the same name. Boost systems were predominantly designed with Twenty Niners in mind (we’ll get to this later) but it wasn’t long before the industry looked at what some of the outer edge brands were doing with Plus and realised the possibilities. 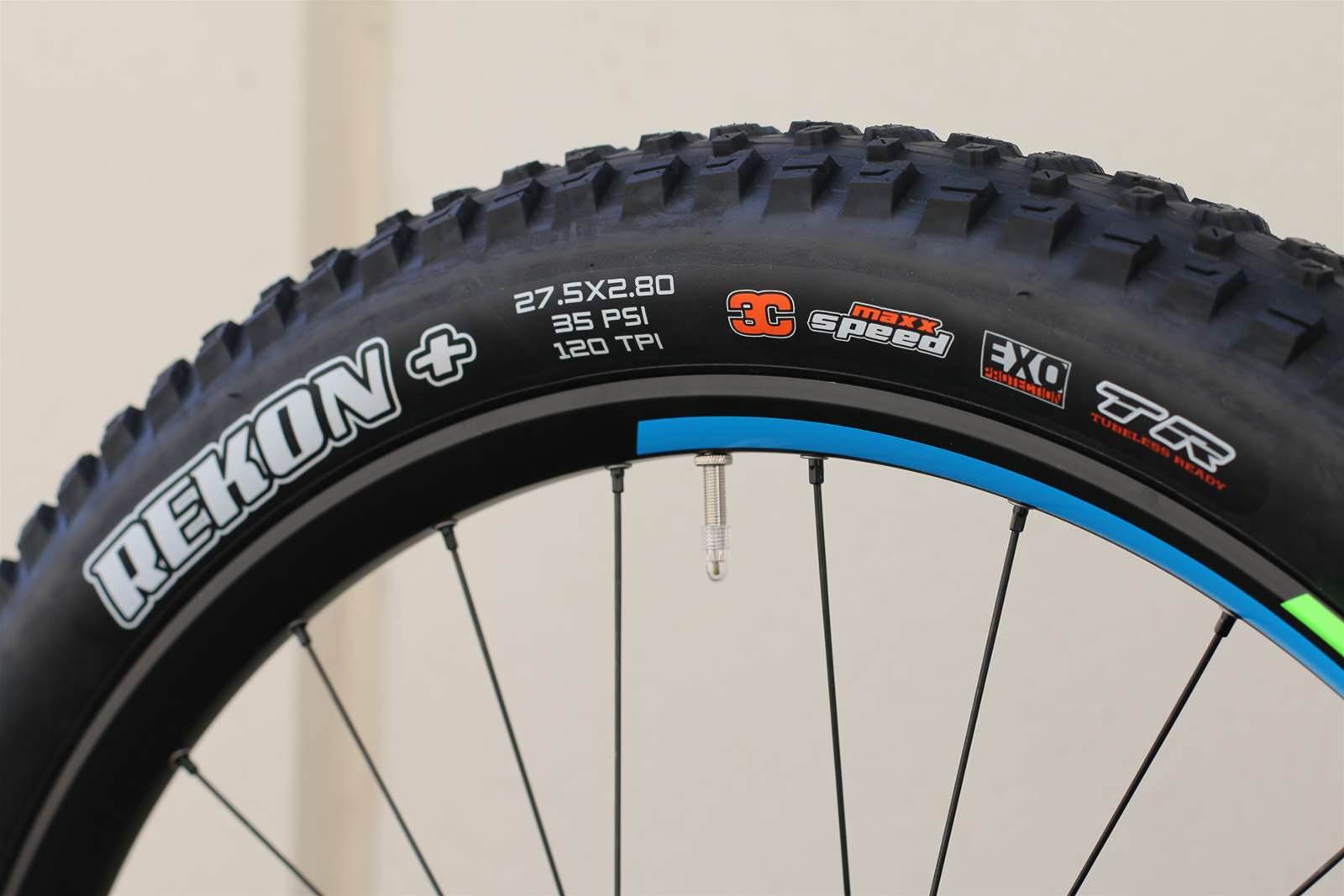 So, ‘who did this whole Plus thing first,’ you ask and here we’d probably have to look at Surly Bikes. In 2012 they released the Krampus. A rigid steel hardtail with trail geometry and Surly’s own wide twenty nine inch rims with 29x3.0 tyres! It’s a long way from the light, full suspension Plus bikes we’re starting to see today, but there was no denying the Krampus was an interestingly fun bike, for a lot of reasons we’re about to get to.

Why would I like 27.5+?
‘Grip For Days’ is the short answer. Running a tyre between 2.8 and 3.0 inches at pressures around 15psi gives you a pretty huge footprint of rubber on the ground and first impressions on a Plus bike are always going to be about how much more grip you have. This stands to benefit riders at both ends of the spectrum. The novice rider, who now no longer has to worry anywhere near as much about line choice or perfect braking technique, especially on loose terrain, is likely to find confidence in areas they previously had little. The experienced rider, with buckets of extra traction to play with, suddenly is able to find lines that weren’t really that doable (or certainly weren’t as much fun) on narrower rubber. For both riders, trails that they have ridden a thousand times have the ability to come alive again as new lines are found.

27.5+ really makes a hardtail a great fun bike on rough trail. For the most part, Australia has some pretty rocky, sandstone based trails and for a lot of years my personal preference has been for a full suspension bike wherever possible. This last year though I have spent a lot of time on my hardtail - a trail geometry, Boost standard bike with 130mm fork, dropper post and 27x3.0 rubber. The ability of Plus to smooth out a trail, and the extra braking and climbing traction on loose, rough trail is about to bring about a Second Coming for the hardtail. I’d expect to see the majority of entry level through to higher end hardtails head in this direction over the coming years, with the exception of those aimed at cross country racing.

How does 27.5+ work?
The Boost frame and fork standard I mentioned earlier was originally designed with the Twenty Niner mountain bike in mind. Since their inception, manufacturers have been chasing ways to increase wheel stiffness and tyre clearances but also to straighten chainlines for better shifting and drivetrain durability. The 148mm rear spacing of Boost makes for a slightly better wheel build while drastically increasing the amount of tyre clearance that is possible, and stepping the drivetrain outboard about 3mm. Enough that the chain easily clears even the biggest rubber when you’re in the granny gear.

This is easy enough on a hardtail, and many of the Plus offerings you’ll find will easily clear a 3.0 rear tyre. Once you start adding rear suspension to the equation though it gets a little tougher and there are many that are designed around using 2.8 inch tyres as a result. It’s definitely worth having a play around in the bike shop with some tyre options and a set of verniers to work out what’s what. 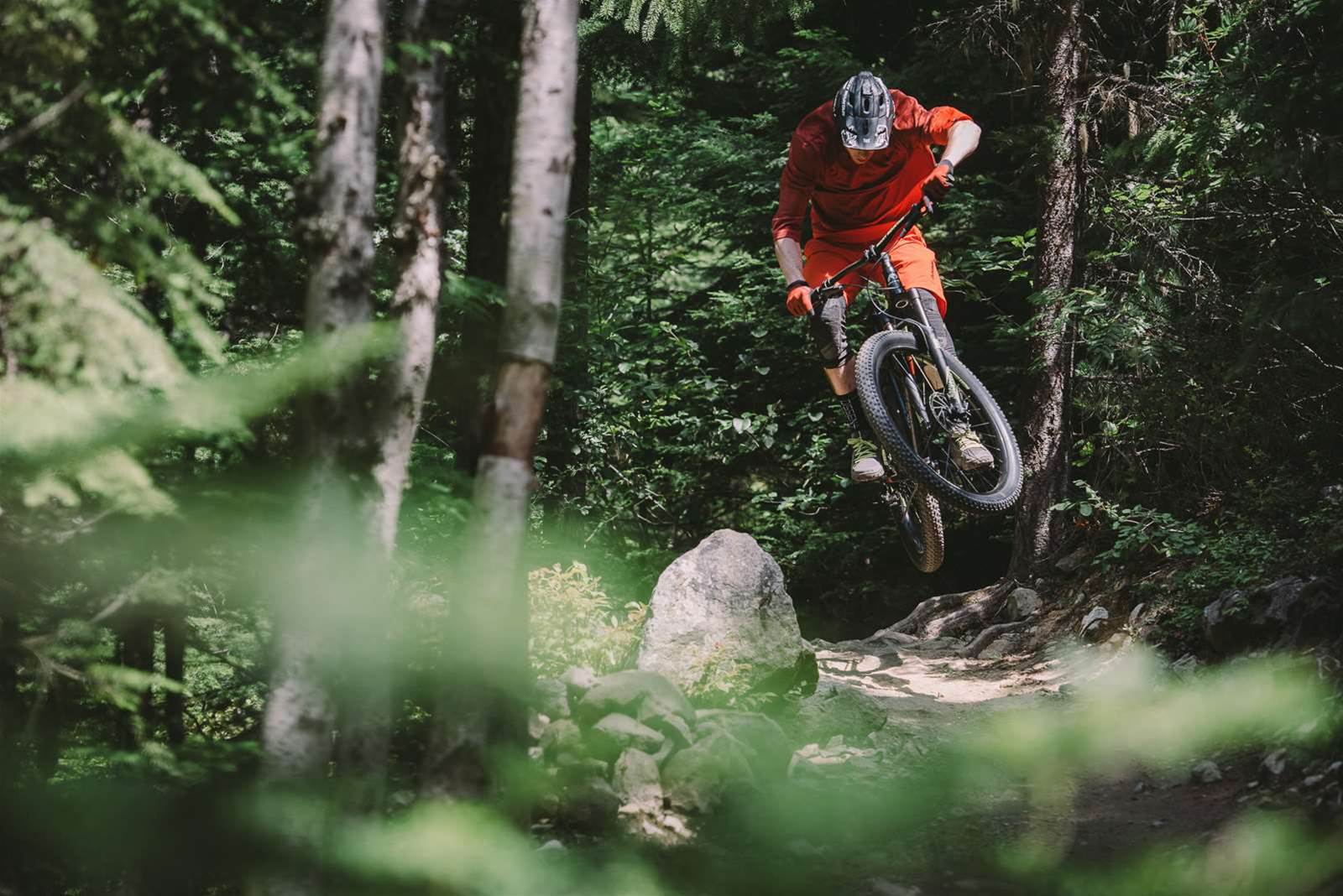 Now we’ve got frames that will handle 27.5x2.8 and 3.0 tyres, how do we make the most of it? Tyre choice is critical, but my advice is go as big as you are able! Most of the big manufacturers are already well and truly on the program. Maxxis got in early with the release of their very fast rolling Chronicle in 27.5x3.0, shortly followed be the 2.8 Ikon and Rekon models in more aggressive tread. Interestingly, the Chronicle in 3.0 is pretty much the same weight as an Ardent in 29x2.4 from the same manufacturer. Schwalbe first created a 27.5x3.0 version of their newer Nobby Nic tread and have since dropped their other common treads in a Plus version. Why are there 2.8s and 3.0s? Well, the 3.0s are REALLY big and won’t fit in a lot of frames, whereas the 2.8 size is a lot more versatile, fitting in a lot more frame designs while still bagging out nice and big when matched with a decent width rim. Oh yeah, rims…

Fat tyres need fat rims
There really is no point in running a big juicy tyre if you are going to mount it to a narrow rim and not allow yourself to get way down into the lower pressures where the platform really comes alive. A lot of manufacturers this year have specced their Plus offerings with rims similar to, if not exactly the same as, their standard 27.5 models. See my review of the Specialized 6Fattie in Issue 154 for reference. Ideally I’d recommend rims between 35mm and 50mm wide for your Plus build, and there are a lot of options. WTB got in early with their Scraper 45mm rim, and the new RaceFace (formerly Easton) ARC rims are now available in 5mm increments from 30 to 50mm! ENVE also just released their mega high-end M Series rims in a Plus version so that tells you the big players believe in the concept. You can definitely use narrower rims but as soon as you try to access lower pressure the tyre will want to flop around on the rim rather than spread out all over the trail and put a huge smile on your face. 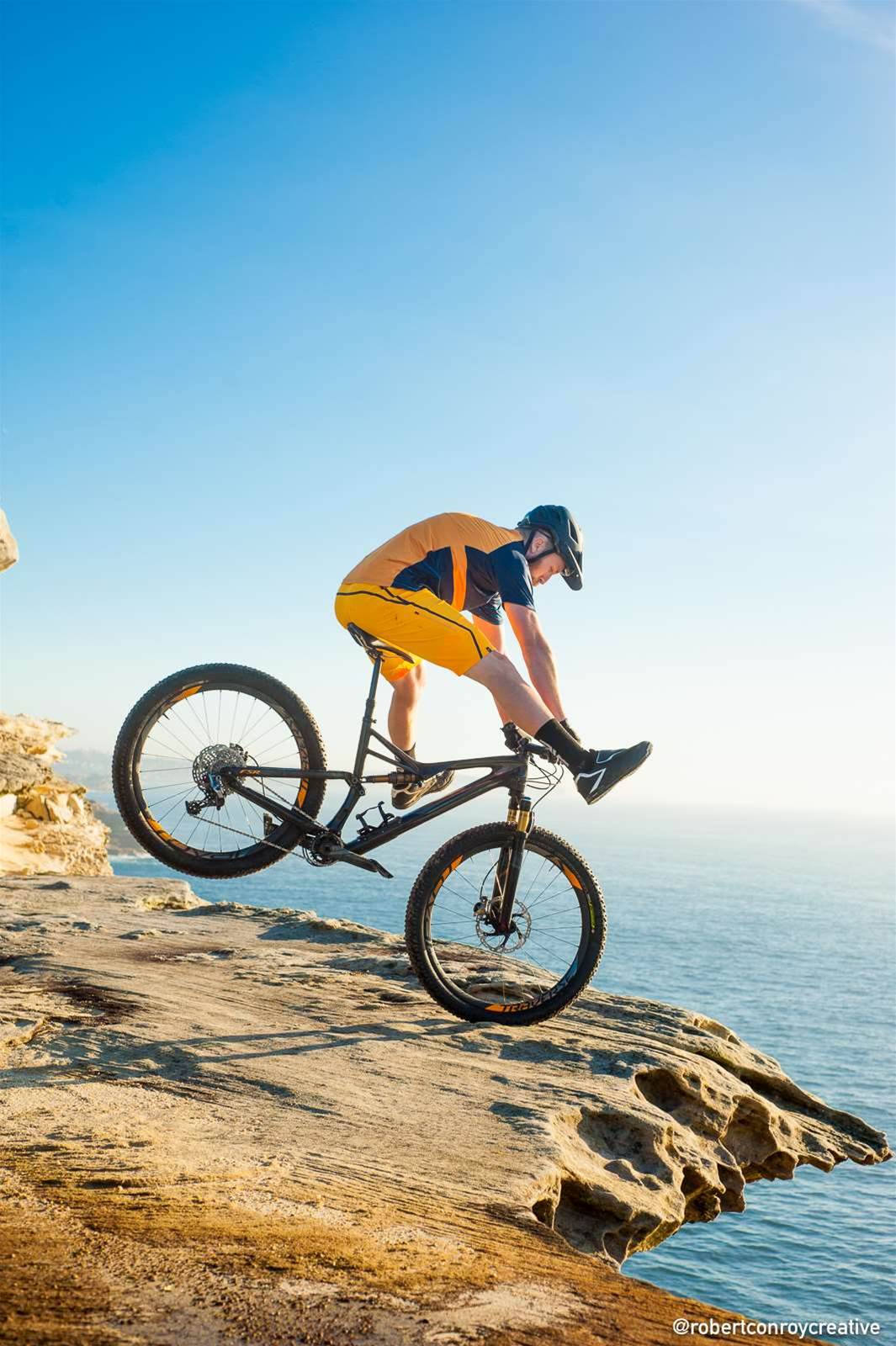 Can I Plus my current 29er?
Maybe. It’s definitely worth looking into. Before any of this Boost business got rolling, WTB released their Trailblazer tyre in 27.5x2.8. Now, it’s not a genuine 2.8 as it is very deep, but not that wide and was designed specifically for sneaking into a non-Boost 29er. Depending on your rim choice, these guys end up about 70mm wide and will fit in a lot of current 29er trail bikes. The Santa Cruz Tallboy LT is a good example.

The good news is that if you have a newer, Boost 29er there’s a  good chance that it has either been designed with both 29 and 27.5+ rubber in mind, like the new Trek Fuel EX, or will accommodate the latter regardless. Looking ahead I’d expect us to see a lot of bike options that allow, and are marketed, for use with the two different platforms.

Don’t judge a book by it’s cover
Lastly, go ride a Plus bike! I agree, they do look like they might be slower and more cumbersome but in a lot of ways the opposite is true. Faster does now always mean more fun anyway, and finding yourself more relaxed, more in control and confident is definitely a path to enjoying riding your bike. 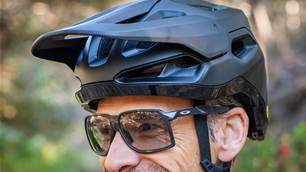 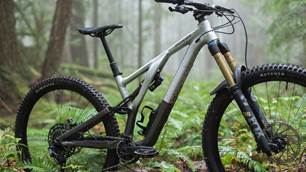