The American brand Yakima is probably the most recognised bike-on-car carrier in mountain biking within Australia at the moment. There are the Swedes that do pretty well also, but Yakima just tends to have more of a mountain bike presence, the branding is more MTB orientated and they support the sport well while their racks support our bikes extremely well. Yakima's no-nonsense approach to building practical and affordable bike carriers makes them a leader for what mountain bikers want and expect. The original HoldUp is one of the most popular hitch mounted designs on the market, with reasonable in-built security and touch points only on your bikes tyres. This makes frame damage in transport a near impossibility. With easy access, low lift height and a 23kg individual bike limit this makes it a popular choice for eMTBs or Downhill rigs, or even those of us that struggle with the coordination, ability or strength to get a regular trail bike on their vehicles roof or ute tray the HoldUp design is a much better option. So when the HoldUp EVO came relatively unchanged it was no surprise. All those advantages still exist and you can actually still buy the original HoldUp if your needs don’t require the new one. 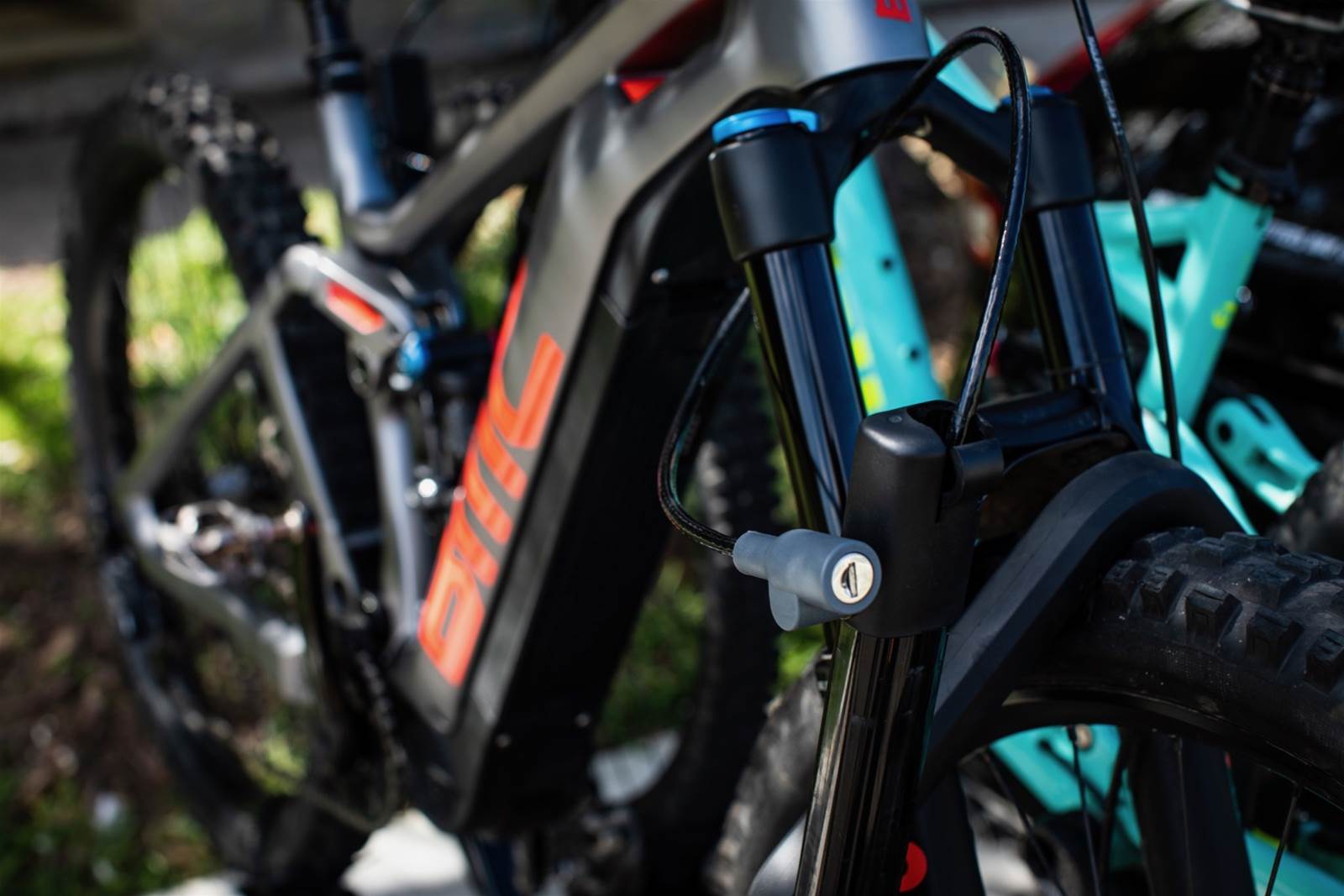 If you have bought a new bike in the last few years there is a good chance you’ll be thankful Yakima have moved with the times, keeping up with the all the new standards and trends the mountain bike world heaps upon us. Fatter tyres, wider rear ends and fork spacing all means dimensions to keep the new fandangled bikes secure need to change – and that's what the HoldUp EVO provides. This however does not mean your old classics won’t work on the new rack, it just means they have more space. Mounting the rack is super easy, all you need is a 50mm or 2” hitch. Remove the towball if you have one and the rack just slides in. Its super nifty dial secures it in and also makes it lockable.  Therefore, the HoldUp Evo could easily be super secure to leave on your car permanently, but removing it once unlocked is super easy as well. The rack will also fold up out of the way when not in use, however it can get pretty annoying if you have a reverse obstruction alarm that cannot be switched off. When locked back down using the handy KickStart foot pedal, you fold out the StrongArm tyre hooks then the wheel trays and you're all set to go. Bike ramps are available from Yakima and may be great for the heavier eMTBs but it’s normally a simple lift into place, ratchet the StrongArm hook down on the front tyre about an inch back from the fork. You do need to be careful it’s not rubbing on the fork leg, but the hook does have a rubber coating so damage would be minimal anyway. It is easy to avoid. Then all you need is to secure the rear wheel with a standard ratchet strap. There are super simple inbuilt locks that use the same key to lock the rack to the 50mm hitch. You just pull the cable out from the StrongArm and run it through the fork and lock it back to the arm. Theoretically thieves could remove the fork and run away with the rest of your bike, or just cut the cable… so as with any bike lock ever invented it’s never ideal to leave the bike for long periods of time in dodgy locations. If ratcheted down securely the front and back movement and potential contact between bikes is super minimal, but still worth checking before you drive off as each bike combination is different. The HoldUp EVO does not come with a number plate board or integrated tail lights, so this is something you will definitely need to consider. These days most tail lights on vehicles are quite high and won’t be reasonably obstructed, but an auxiliary number plate is a must if you want to avoid a fine. Yakima do sell a number plate board as an accessory and I’d recommend getting one like we had to test, unless you’re some kind of MacGyver and want to make your own. Overall, we were super impressed, for good reason the HoldUp EVO has not changed much in its evolution, it’s a super simple design that minimises frame and part damage almost completely. Anyone that has used a rack that holds the frame for a long period will tell you it’s nearly impossible to avoid some sort of damage to your beloved two wheeled possessions. At 23kg the rack is not light, but it’s still very feasible to regularly remove and store in the garage. If you’re after additional bike carrying capabilities Yakima also make the HoldUp EVO +2 which slots another two rack on the back. Total bike weight will only be 72 kg with the addition, so you’ll need to keep that in mind.

Hits:
- Bikes secured via the rubber tyres instead frames
- Additional bikes can be added with the HoldUp EVO +2
- Integrated bottle opener for post ride beverages.
- Can hold up to a 4.8” tyres

Misses:
- The KickStart pedal can be difficult to operate with bikes on the rack or folding the rack up.
- A better way to secure the auxiliary number plate.