SRAM launched Eagle last year, and the two 12-speed group sets are flung up against some stiff competition in the upper reaches of drivetrain hierarchy. Anna Beck looks how Eagle X01 stacks up.

With Shimano XTR DI2 having been around for a while now, it was time for SRAM to step up and release something new and inspirational in the mountain bike drivetrain world. Enter stage left a bird and a baked dish…

SRAM’s latest offering doesn’t require a charging cable or illuminated dash, it’s a 12-speed drive train. But does at 50T cog on the cassette really take this Eagle to the next level? We ride it to find out…

The most obvious departure from any 11spd drivetrain out there is the big fat pie plate of a 50T cog affixed to the back of the cassette. With the next largest gear in the stack a 42T, the 50T is really a significant ‘bail out’ option. In fact, the whole cassette offers a whopping 500% gear range (for those of you who are into number crunching…) which almost emulates the range on a standard 2x drive-train. Aside from the 50T, the remainder of the cluster mirrors SRAM’s existing 11-speed, retaining the same ratio as SRAM’s 10-42T cassette. The hefty plate of pie does come at a cost, however; with the cassette approximately 100g heavier than existing 11spd. The joy happens when looking it as a whole package; for die hard 2x riders the eagle offers a much closer range to their existing gearing options, in a package that’s around 250g lighter than existing double ring setups.

The Eagle drivetrain comes in two options; the XX1 and the XO1, the latter which we have tested and which is pitched by SRAM as a more durable option for the gravity crowd, yet still a svelte option at 1501g. For XC, SRAM have the uber lightweight Eagle XX1 which shaves off nearly 50g with a reported group set weight of 1456g; around 50g heavier than XX1. Keep in mind that the 12-speed cassette is 100g heavier than XX1 11-speed; so that extra ratio comes at a cost, however the entire group set’s weight penalty on 11spd is around 50g; SRAM have shaved the grams wherever possible to keep the ratios high and the weight low. 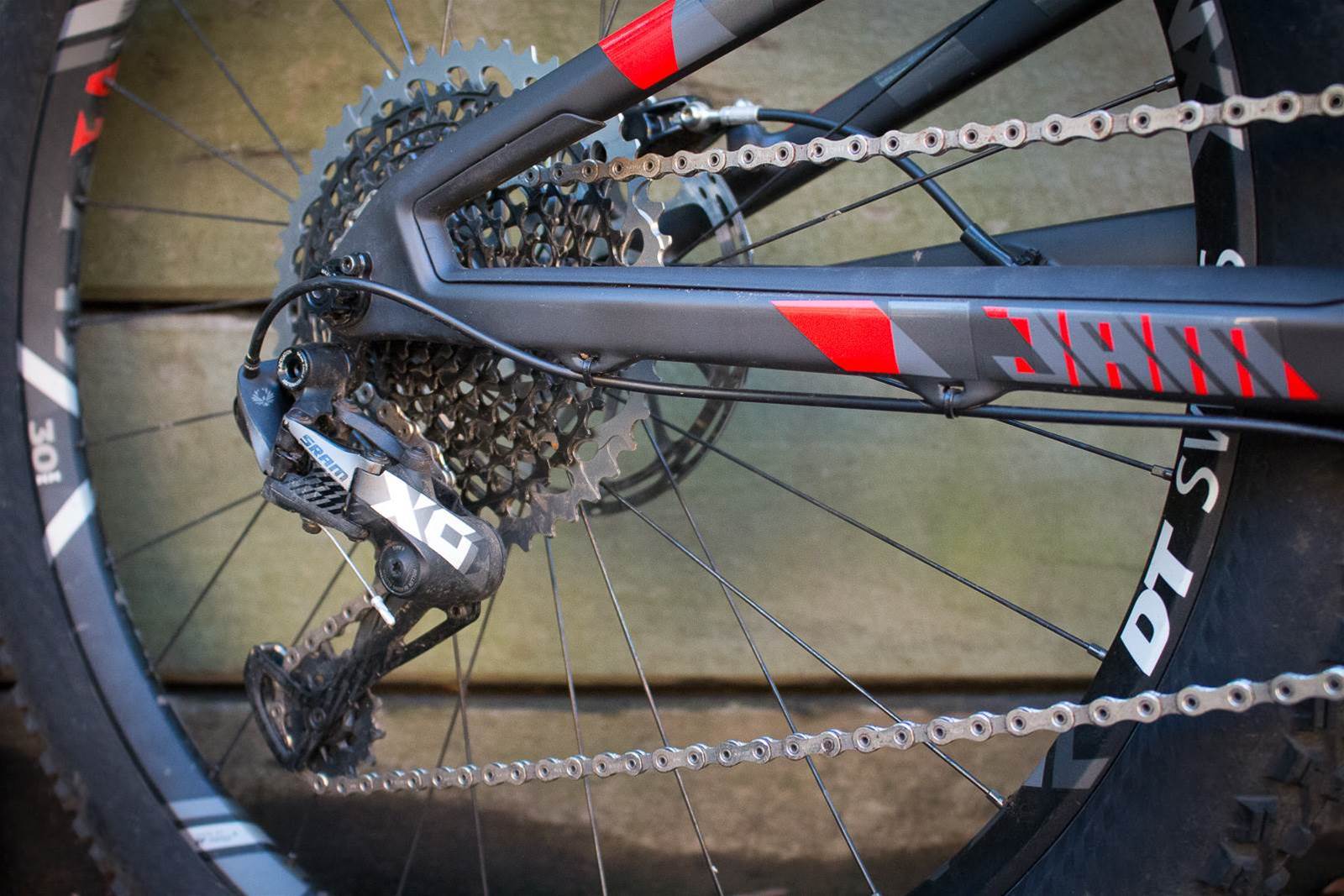 Eagle X01 is a popular spec on all-mountain bikes, like the Focus JAM tested in Issue #160.

Curve balls: There is Grip Shift and Triggers and extra teeth

Those who have been around in the mountain bike scene for a while may remember SRAM’s GripShift. Loved by weight weenies and racers and misunderstood by many others, the beauty of GripShift was it offered a shifter system that was extremely lightweight and allowed the rider to dump gears quicker than a bad Tinder date. GripShift reemerged a few years ago, a slightly heavier (albeit more reliable) product, and once again all but disappeared again. Like a creepy stalker, GripShift is back in the public consciousness once again with Eagle.

The group set we tested, however, featured traditional triggers. The Eagle trigger shifter is crisp in it’s action. A small Eagle embellishes the paddle just so you don’t forget what drive train you’re riding. With a buttery smooth action, we had no noted mis-shifts in several rides on the group set. 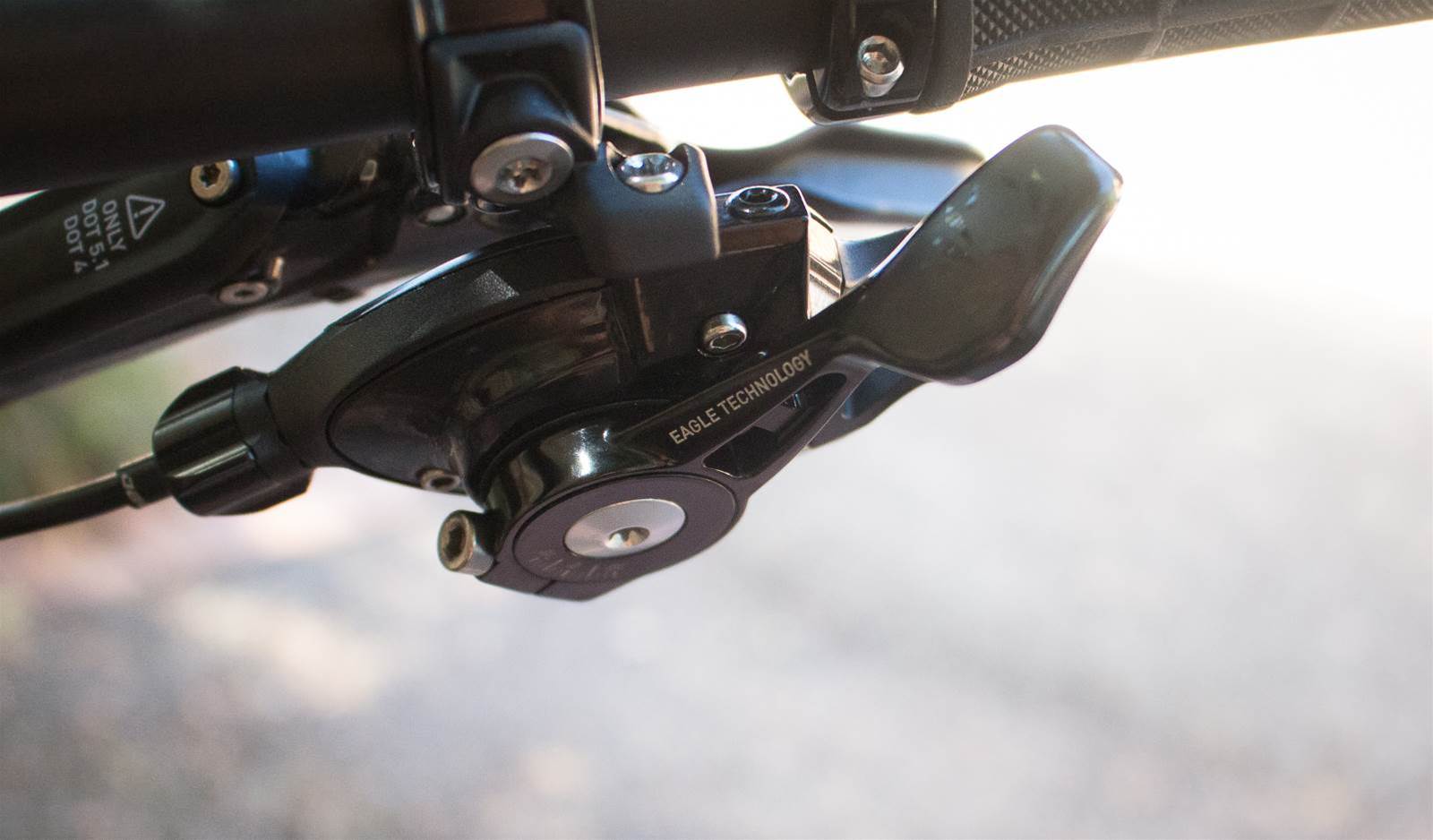 The Eagle chainring features some funky shark-fin styled teeth, reported to reduce the likelihood of chain drop, as well as reducing drivetrain noise with a quieter chain release. It’s nice to know that this chainring can be retrofitted to existing 11spd SRAM cranksets, however existing 11spd chainrings cannot be used in conjunction with the Eagle drivetrain. 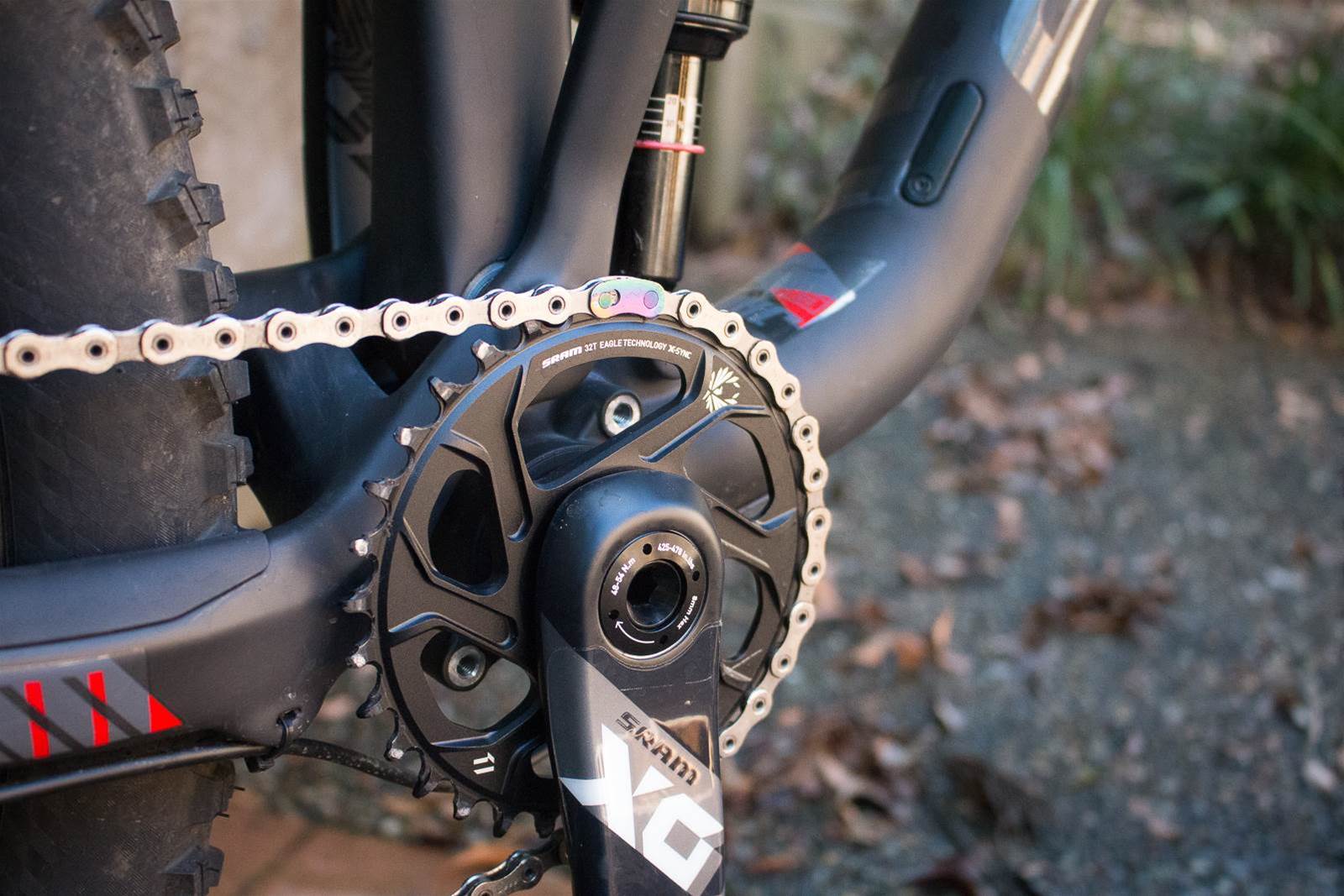 Getting further down the drivetrain, the derailleur features the same ’cage lock’ function to facilitate easier wheel removal (similar to Shimano’s ‘clutch’ feature), and an improved roller bearing clutch mechanism, allowing enough resistance to keep the chain tracking well when derailleur is extended in the smaller gears. Furthermore, the bottom jockey wheel is oversized, featuring two extra teeth in order to facilitate the 50T cassette.

We didn’t have to install the Eagle drivetrain, so can’t pass comment on that part of the process, however SRAM have provided video tools on their website to ensure the correct ‘B-gap’ from the upper derailleur pulley to cassette; key for the smooth set up and optimal functioning of the drivetrain.

As for compatibility with your existing rig, the Eagle cassette can be fitted on conventional 11spd XD driver, due to SRAM’s decreased spacing between gears and narrower chain. Hopping on the new Eagle, it was remarkable how light in action the shifters are, and how similar their feel to existing high-end SRAM drivetrains. Should you not know you’re on the Eagle you could easily be riding an existing 11spd drivetrain…until you shift into the 50T.

Having ridden a good deal of 11spd drivetrains from both Shimano and SRAM, we found ourselves seldom requiring the option of the 50T cassette, as we are accustomed to 11spd ratios. With a 32T chain ring the gear rollout is incredibly small. However, the couple of times we did use it, we found in combination with a good quality tyre (because if you’re riding something that’s steep enough to require a 50T traction can tend to become a bit of an issue as well) we were able to spin up climbs that were previously hard, grunty affairs, with ease. In this regard, using the 50T as a ‘leg saver’ for Enduro racing, the Eagle could be a fantastic option for liaison stages.

The 8-tooth jump from the 42T to 50T didn’t cause any dramas, however because the gap is quite large (most 2x drivetrains have a 10T gap; the 50T is almost like having a special chainring just with one gear on it…but without the extra chainring) it really is a good ‘bail out’ option. A strong rider may rarely use it; but it’s nice to have. A less-fit rider may use it more often as a dedicated climbing gear.

The shifters themselves are much lighter in action than mechanical XTR, sitting in between the mechanical and electronic Shimano groupsets in terms of action and feel. Comparatively, while DI2 is a standout in performance and ride quality, many riders on multi-day expeditions may not have access to charge for DI2, and while this isn’t a problem for many, it’s still something to consider with an electronic drivetrain. The ability to fix drivetrain problems without a computer is also appealing for many.

When you compare the available XTR gear ratio to the Eagle, Eagle comes out on top for breadth of ratio on a single ring set up every time. Shimano have recently started a push back towards a double-ring set-up, no doubt as a point of difference between the brands’ offerings, but for the weight and the range of the Eagle, if you are after a broad range of gears in a lightweight package, you can’t go past Eagle. 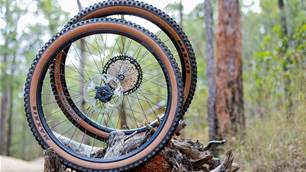