After a very pleasant experience on Michelin’s first release to the Enduro and trail bike tyre market in Australia with the Wild Rock R2, I was very keen to get my hands on what looks to be the more popular bigger brother amongst riders of the Enduro World Series.

While the Rock R2 ran different rubber compounds front and rear to offer some specific attributes Michelin were after, they took a different approach for The Wild Enduro. With the Wild Enduro Michelin are offering 3 tyres to make up the range. The range is comprised of 2 front tyres and 1 rear.

There are two different compound choices for the Wild Enduro Front, you can choose either Magi-X² or Gum-X. The Magi-X² compound is the harder of the two, which Michelin say is better for high speed grip, which is an interesting statement. The Gum-X3D rubber is softer and said to be the better all-round option. During our test we found the Gum-X3D to be the pick across most conditions and its wear looked to be a little better also. Which is likely due to the knobs moulding to the trail and not trying to rip into it like the Magi- X². 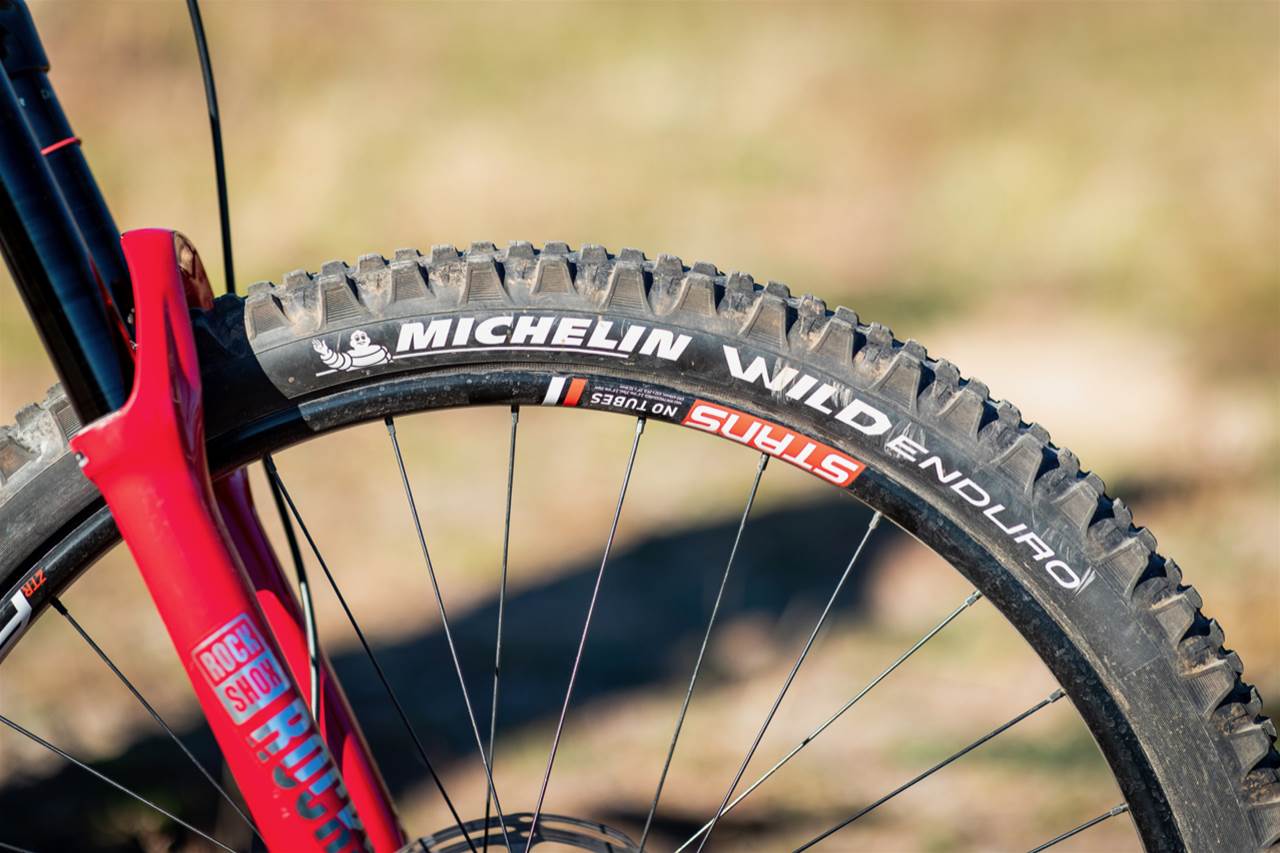 The tread pattern of the Wild Enduro Rear is very close to that of the front, although the knobs are closer together and slightly shorter for reduced rolling resistance and only comes in the Magi- X² compound. The Gravity Shield casing has a lower thread count than the front making it stiffer, and also receives additional reinforcement around the bead to help prevent pinch flats. Oddly the Wild Enduro range comes with a slightly thinner side wall construction than the Rock R2 but it was no less impressive at fending off flat tyres. While perhaps having a slightly thinner side wall can lead to a bit more flex under load, it was not very noticeable and the criss-crossing marks of the side wall were often more of a badge of honour than a reason to complain about the tyres' performance.

I used the Wild Enduro on the same bike and rim setup as I did the Rock R2 to give an even comparison and where I could, I used them on the same trails. While in Bright riding in the wet/dry and very deep dirt laden with roots and rocks it became very apparent why this model is so popular with the riders across the Enduro World Series. Even with its tighter packed rear knobs the Wild Enduro offered great grip as dust turned to loam and then to mud across my time there. I also have to say I was impressed how quickly sticky dirt cleared out of the tread even at lower speeds thus offering a very predictable and even ride during each run. Michelin are firmly back in the market with their new range of high-performing trail tyres and I can only expect more from their Gravity orientated models we are seeing at World Cup Down Hill races and under Sam Hill at Enduro World Series rounds. These are scheduled for release late this year as Michelin want to get as much time and testing under their belt as possible before letting us mortals put our lives in their hands. While not the cheapest tyres (nor the most expensive) on the market they are very well priced for the performance you get at all stages of the tyres life, do yourself a favour  and pony up the extra $20.00 for the Gum-X3D it's worth even cent!

Misses:
- Could a thicker sidewall make them better? 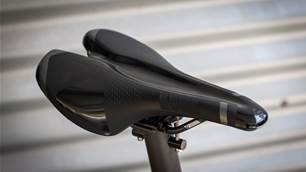