Hardtails don’t get as much attention as they should: for the money they’re light, well-specced, and with the right choices can still be pretty comfortable for nearly all styles of trail riding. So why not black beauty?

A few months ago Merida announced that it would be stepping away from UCI mountain bike sponsorship, severing its relationship with the Multivan-Merida team, which effectively folded as a result. Famous for sponsoring luminaries such as Gunn-Rita Dahle Flesjå and José Hermida, the team was the most successful of all time, with more than 30 World Cup wins, 15 World Championship titles, 15 European and countless national titles as well as an Olympic Gold and Silver medal over an incredible 16 years.

While Merida might be stepping away from world-class racing for 2017, it’s by no means abandoning XCO racers in its range. For 2017, Merida is releasing a dizzying array of XC hardtails in both 27” (Big.Seven) and 29” (Big.Nine), although carbon-frame Big.Sevens won’t be making an appearance in Australia. Merida’s flagship XCO whippet, the Big.Nine, has been redesigned and re-specced, including the option for electronic shifting in the 7000-E tested here.

Where wealthy weight weenies might be tempted by the nearly full XTR featherweight the Big.Nine 9000 (8.49kg) for $7,499, those with a smaller tax return and a penchant for technology will no doubt be pulled to the 7000-E we’ve tested. With the novelty of electronic, synchronised 2x11 XT shifting and a much more achievable price tag of $5,499, it’s a bike with a lot to recommend it, as we found out on the trail. Those with a keen eye on the top of the Merida hardtail range might also notice the odd Merida ‘Team’ edition floating around at races. This blinged-up, special edition steed, complete with SRAM 12-speed Eagle and a top-end RockShox Sid World Cup weighing 8.61kg will exclusively service the youthful Torq Merida MTB Team in their various campaigns around the country, and the world. 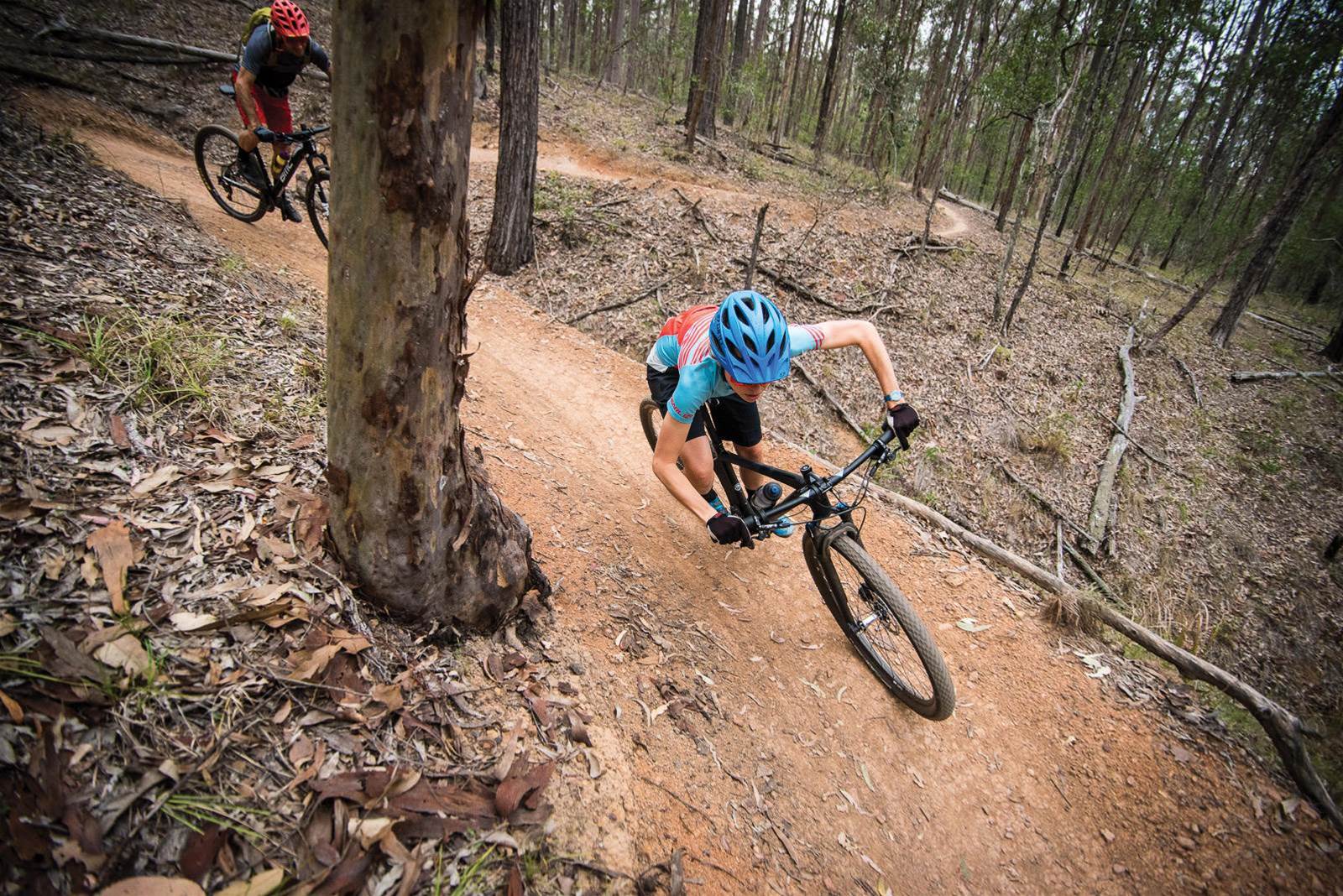 While the Team and 9000 editions of this bike are made from Merida’s top-level CF5 carbon fibre, the 7000-E’s frame is one step down, constructed of CF3 – a slightly heavier material. In matte black with slick black decals, it’s a good-looking package and a very capable XC frame with all the most up-to-date features on the market: a tapered steerer, internal routing that suits 1x, 2x, or Di2 with ‘Smart Entry’ and ‘Double Stop’ for neat and rattle free cabling, Boost spacing, and damping built into stays and seat post – although it can also take an internally-routed dropper.

While Boost spacing is fairly new, and often only found on top-end bikes at the moment, it’s widely considered to be the future for 29” bikes at least, and will surely trickle down to mid-range models from most manufacturers in the coming years. The Merida this year has been redesigned around Boost axle width and as we’ve discussed many times in recent reviews, this wider spacing helps overcome some of the weak points of 29ers, providing stiffer wheels and making shorter stays and easier to achieve. The Merida comes specced with DT’s Boost X 1700 wheel set, with straight pull spokes and reliable star ratchet hubs, although 20mm inner width rims are a little narrower than the current vogue, and a 1700g wheelset, although reliable, might be heavier than some are keen to take into an event. While the wheels come tubeless ready, complete with valves, we had a little trouble keeping the standard Continental Race Kings inflated – while I’m sure rubber manufacturers have warehouses jammed full of superceded, non-tubeless tyres, given the pedigree of the 7000-E and its other parts, their appearance here was a bit of a let-down (no pun intended). Depending on your local trails, you might consider knocking the 180mm front rotor back to 160mm to match the rear and shave some weight. I certainly didn’t need it on my local trails.

Up front a Fox 32 SC Performance fork furnishes this ride with the latest in suspension design. The step-cast (SC) are Fox’s lightest range of XC forks ever, shaving weight by cutting out the lower legs. Shortening the stanchions and narrowing the crown, all the while keeping upper tubes stiff and maintaining the distinctive Fox suspension plushness. The step-cast came attached to one of the neatest lockout levers I’ve ever used – it mimicked a left-hand shifter and teamed perfectly with the Di2 right-hand controls. It functioned well and was intuitive to use.

And XT Di2 is the business. Synchronised shifting means that your chain ring is automatically selected according to the gear ratio you’re after, so you can do all your shifting through one lever. A double beep tells you when you’re one click away from shifting up or down a chain ring, and a single beep when you try to shift beyond your hardest or easiest gear. Using Synchro shift was a breeze, but it did bring home to me just how efficient 1x11 and 1x12 setups can be. Using two chain rings running through gear ratios like that, it’s easy to realise that with all the overlap you really only have 15 or so gears to choose from. With intelligent chain ring and cassette choice on your 1x setup, you can have the same high and low gear ratios as the Merida’s 2x, meaning only the jumps mid-cassette are bigger. It will be up to individuals to decide whether the weight penalty of a front derailleur and double chain ring is worth the extra gear selection choice to spin that preferred cadence, or not.The ‘Shimano E-tube project’ app can make shift function changes and customisation, but doesn’t tune synchro shift. For that you’ll need to download a tool to your PC and connect your Di2 – or check with your local bike shop – most will be set up to help you out.

As for the little details, the bars are a nice, wide, flat 720mm that will suit most riders straight out of the box, as will the light and springy foam grips. The seatpost is 30.9, so replacing it with a dropper would be relatively simple . The Prologo seat will suit most people, although anyone who rides a lot will surely have a favourite to swap it out for. 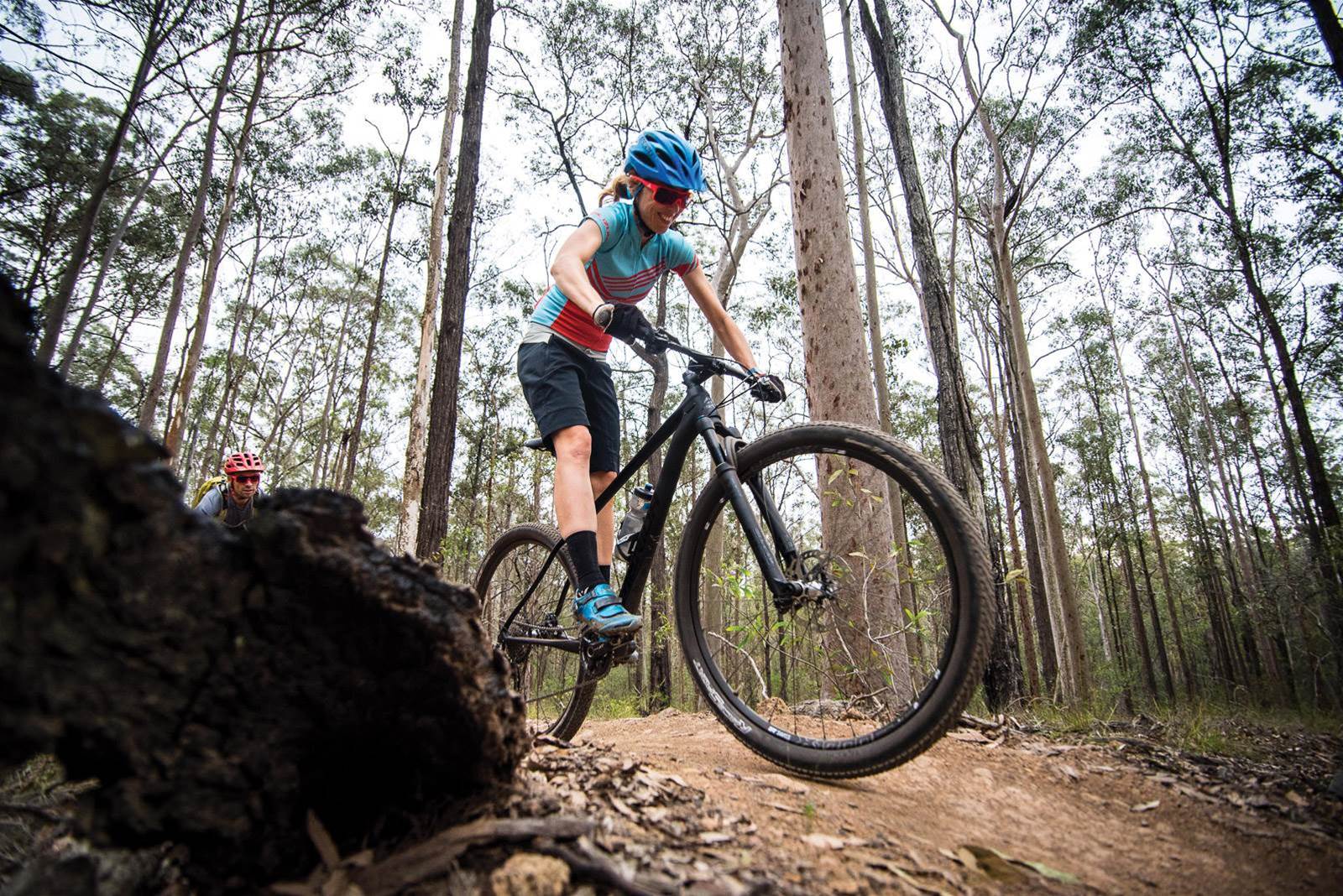 On the trail this adds up to a responsive but stable ride, whippy cornering and reliable handling. The head angle of 70 degrees feels just about perfect for this kind of bike – quick to respond without being twitchy. The lengthened top tube relative to the previous design slackens the ride a bit, giving a sense of greater stability, especially on fast and rough descents. At the same time, shortened stays give a bike that’s been very much designed around racing a ‘trail’ feel.
The wheel set performed admirably – DT’s X1700 being a quality, solid wheel set that should last a reasonable length of time and, with the star ratchet system, provide reliable engagement with less maintenance than pawl hubs. Continental Race Kings have a low profile tread pattern and not a lot of side knob action. They bit into gravelly corners surprisingly well, but did tend to slip and slide in the wet. Most impressive was the lack of rolling resistance on fireroad descents. These tyres simply took off and it’s easy to see why they’re a popular choice among marathon racers tackling Europe’s alpine courses.

Having traded in a hardtail for a dually a few years ago, it was with a little trepidation that I took the 7000-E out on a very long ride one Sunday. Fox’s SC fork is a brilliant redesign and definitely delivers that plushness Fox suspension is famous for. With rebound damping adjustment but not the 22 point compression adjustment of the Factory series, it’s not the most tuneable fork in Fox’s stable, and those who aren’t the average weight of 75-odd kilos that most forks come prepped for can always send them off to be tuned for better performance. Where the rest of the bike is concerned, Merida have combined their ‘Flex Stay’ profiling that absorbs vibration through seat and chain stays with an ‘S-flex’ seatpost, again designed to take the bite out of bumps. While hard, rough ground, like solid rock or bitumen, was dampened a little, the frame itself is extremely stiff, not helped along by alloy wheels and bars. The feedback over roughish singletrack was harsher than expected for such a well-formed carbon frame, but it is built for a wide weight range. 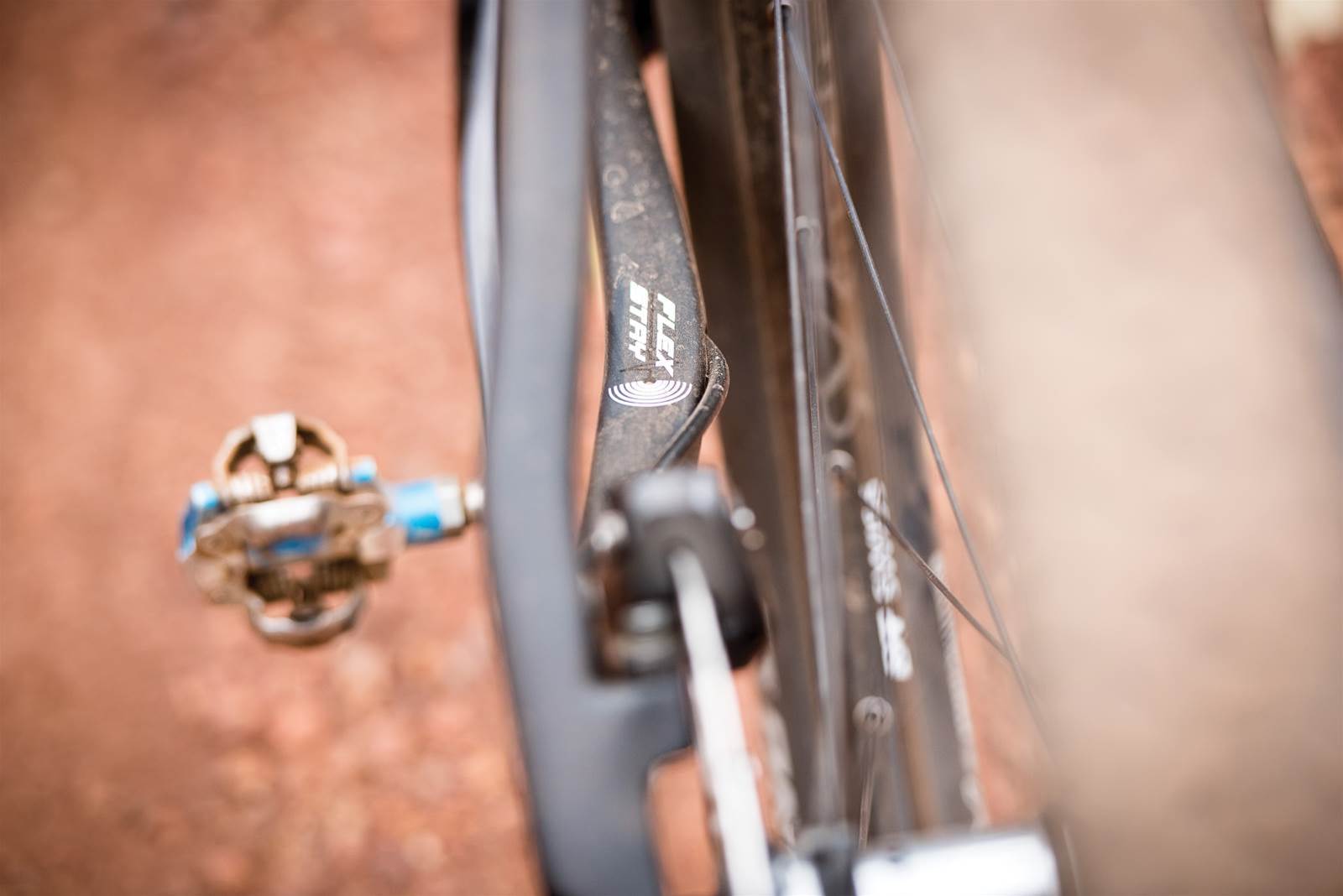 Hardtails don’t get as much attention as they should: for the money they’re light, well-specced, and with the right choices can still be pretty comfortable for nearly all styles of trail riding. Lightweight and good value for money, the Merida 7000-E delivers the latest in bike design and technology and would be great for gravel rides, singletrack, and XC racing. A bit of attention to fork tuning, as well as some astute tyre choice will help riders get the most out of a bike that looks good, can accommodate any chain ring setup you choose, and would fit a dropper as well.