The Hutchinson Python mountain bike tyre is synonymous with cross-country mountain biking. From a time when Michelin's were green (or red) and the really good Hutchinson's had gold or silver shoulders, the Python was a high-volume, low tread height cross-country tyre that was popular across the globe.

The Hutchinson range of mountain bike tyres have a new home in Australia thanks to Ride Sports in Queensland. The Python is just one of many treads they are importing, and the 29” rubber is available in 2.1” and 2.25”. We opted for the 2.25” to test, as it's a size that suits modern cross-country and fast trail riding, especially in Australian conditions. While it depends where you live, many of us ride on loose over hardpack trails, and the greater tyre volume and larger footprint is a bonus. If you ride in pretty damp conditions, or are a much smaller rider or you're buying for an XCO racing mid-teen, then the 2.1” might be the option to look at. 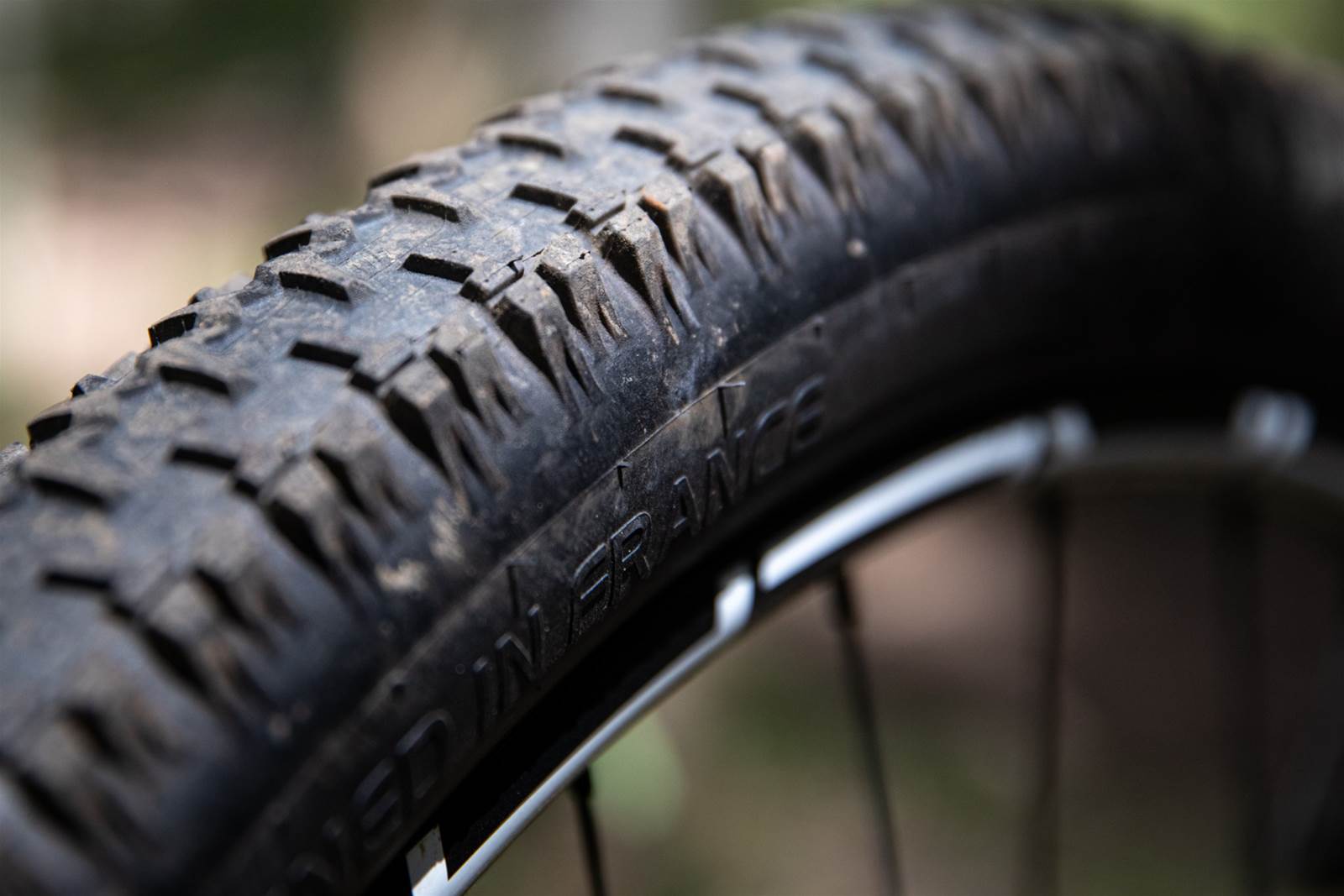 The casing uses 127 threads per inch, and unrolling the tyre makes it obvious that it's pretty supple. Tyre pressure has a lot to do with tyre suppleness, but if you get that on point, a supple casing helps the tyre deform to the terrain, and means you end up with better traction and don't ping off nearly as many features. The rubber is a triple compound, meaning there is softer rubber where you need more grip, and firmer rubber where you need more durability. These tyres came in at 785g. That's sort of heavy for a 2.25” XC tyre, but it depends on the ride quality it brings.

Inflated on NoTubes Arch Mk3 rims, the Pythons expanded out to about 56mm across the tread. This is really similar to major brands like Maxxis for their 2.25” tyres. Looking over the tread, the fast rolling benefits of a nearly joined centre tread are matched by the wide (but small) paddles that should really dig in. The edge knobs have more support than the original, with the support running down the sidewall. I like this for two reasons. One, most cross-country tyres suck at pulling you out of a small rut or having much stability when cornering. And secondly, more rubber on sidewalls where tread cuts happen can only be a good thing. 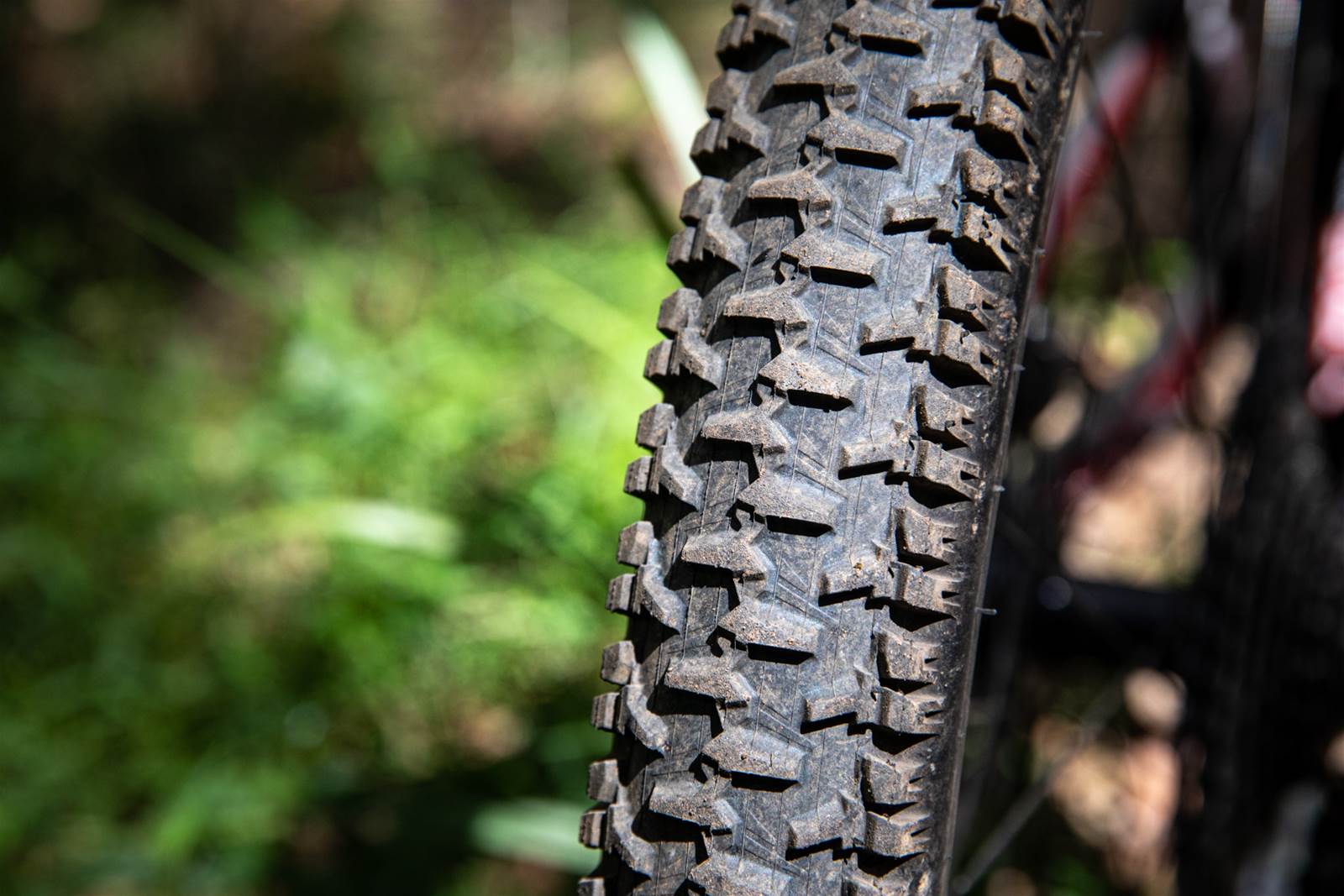 I am always wary about trying new tyres, but I still love to do it so I can experiment with what works best. Tyres, or tyres at the right pressure, can be one of the most effective upgrades to your bike. What makes it a little tricker is the rapid sharing of information these days. While you might read rave reviews of a tyre from someone testing them – what if their trail conditions are nothing like what you ride? What works for deep loam, soft soil, wet roots and wet slab rock is unlikely to be the best choice for the dry, loose over hardpack conditions that many of us have in our own backyard.

When setting these tyres up I inflated them dry, without sealant, to see how well they held air. While they seeped enough overnight that I would have to pump them up again to ride them, it was still better than some. I used the Ride Mechanic Sealant Exchange Kit to put sealant in and pumped them back up, first to 21psi in the front and 23psi in the rear. Over time I dropped this a little and settled on 19.5psi in the front and 21psi in the back. This is what works for me and how I ride, but it would be worth grabbing a digital pressure gauge so you can be accurate with your own tyres to eek out the best performance possible. 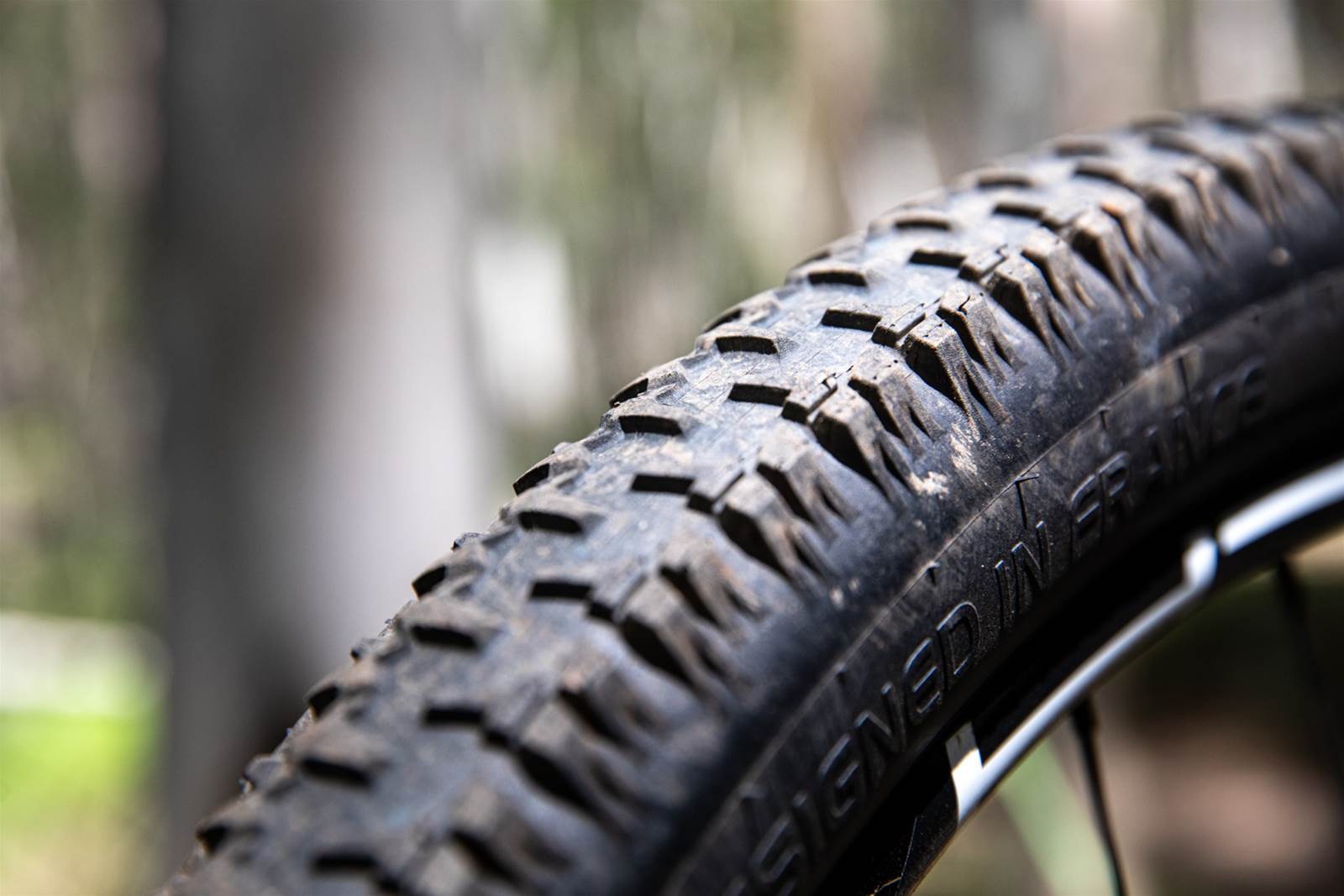 Rolling to the trails I was impressed by how easily they rolled along on the road, thanks to the centre tread. They're not quiet and as fast as something like a Maxxis Aspen, but they roll well on smooth surfaces. But it was singletrack climbing and steep firetrail climbs where I really started to notice the difference – as that tread is like a series of tiny spades digging into the trail. While a meatier trail tyre is likely to dig in better, compared to other fast-rolling XC tyres, the Python maintained grip really well when jumping out of the saddle to give it some beans up a rise or over a feature.

With a rounded square profile, the Python is quick to find an edge when cornering. But at the same time, it's happy to let it slide as well. I found this more apparent on the rear than the front when keeping the front of the bike loaded into a corner, and it was a really subtle slide with a really gradual start. I'm not a rider to slide through corners and tear them up – but if you were you would probably find the Python a lot of fun in the back.

When it comes to chemically comparing compounds I wouldn't know where to start, but the rubber on the Python's did hold high lines over exposed roots and rocks better than expected for a low tread height 2.25” tyre. I put this down to a supple casing that I spent time getting the pressures right on, tread design (there are lots of small edges in contact with the ground) and the compounds Hutchinson use. I didn't get much of a chance to test them in the wet, but with a low tread height I wouldn't expect them to work any miracles compared to similar tyres.

In terms of grip in looser and rockier terrain, the Python's offer what you would expect. A 2.25” XC tyre gets out of its depth pretty quickly when you expect it to handle something which needs more volume and greater sidewall stability. I had no cuts or flats in testing, and the tyres have been wearing really well. There is certainly scope to use the Python on the back of a light and fast trail bike, but I think if you're after a fast trial tyre this would suit riders who really know where they are putting their wheels. Who it really suits is the regular mountain biker with a cross-country leaning. Be that someone racing, someone who likes to go and ride trails fast without hauling too much bike along with them, and people who like putting in big days in the saddle. The Hutchinson Python was launched as a race winning tyre over 20 years ago, and the Python 2 has had some upgrades, but its intentions are still clear – it wants to go fast! 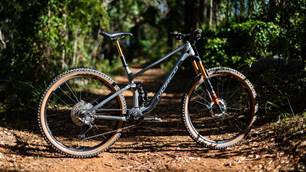 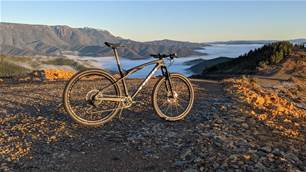 Canberra’s secret A-League weapon to unearth the next Tom Rogic?