The Guee Mag-II Cageless Bottle is exactly as the name sounds, a cageless bottle that uses a Fidlock magnetic system to stay put while you’re riding.

If you’ve never heard of Guee before, that makes two of us. Founded in 2010, Guee (pronounced gooey) is a Taiwanese company named after the cheese topping on a pizza. Guee say cheese is a versatile ingredient that completes a pizza’s flavour, and a small but vital part of the experience. They aim to achieve the same outcome with their line of cycling accessories, which includes grips, bottle cages, bottles, mirrors, and bells. 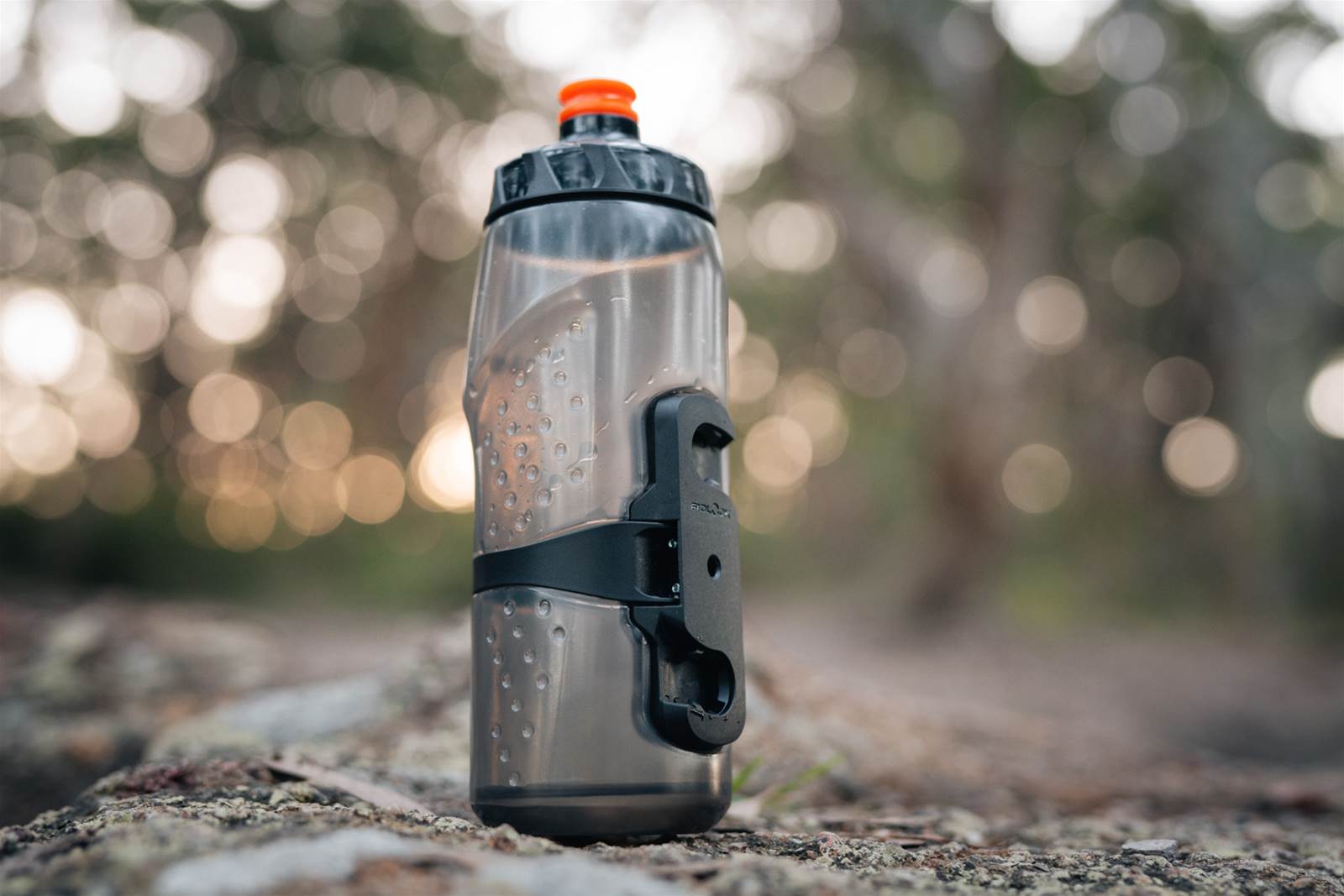 The Guee Mag-II Cageless Bottle is exactly as the name sounds, a cageless bottle that uses a Fidlock magnetic system to stay put while you’re riding. The bottle holds 600mL of fluid and attaches magnetically from the right-hand side of the bike. Installation is the same as a normal bottle cage, and Guee include two of their own mounting bolts. As you’d expect in 2022, the bottle is BPA free and constructed from 100% FDA food-grade materials.

The bottle uses a twist release system, but I found you could pretty much yank the bottle however you like if you were vaguely moving it to the right. The same is true of returning the bottle to the cage, and it took very little time to get used to. This style of cage is particularly useful if you don’t have much room inside your frame, or for people who aren’t into the aesthetics of a regular bottle cage. 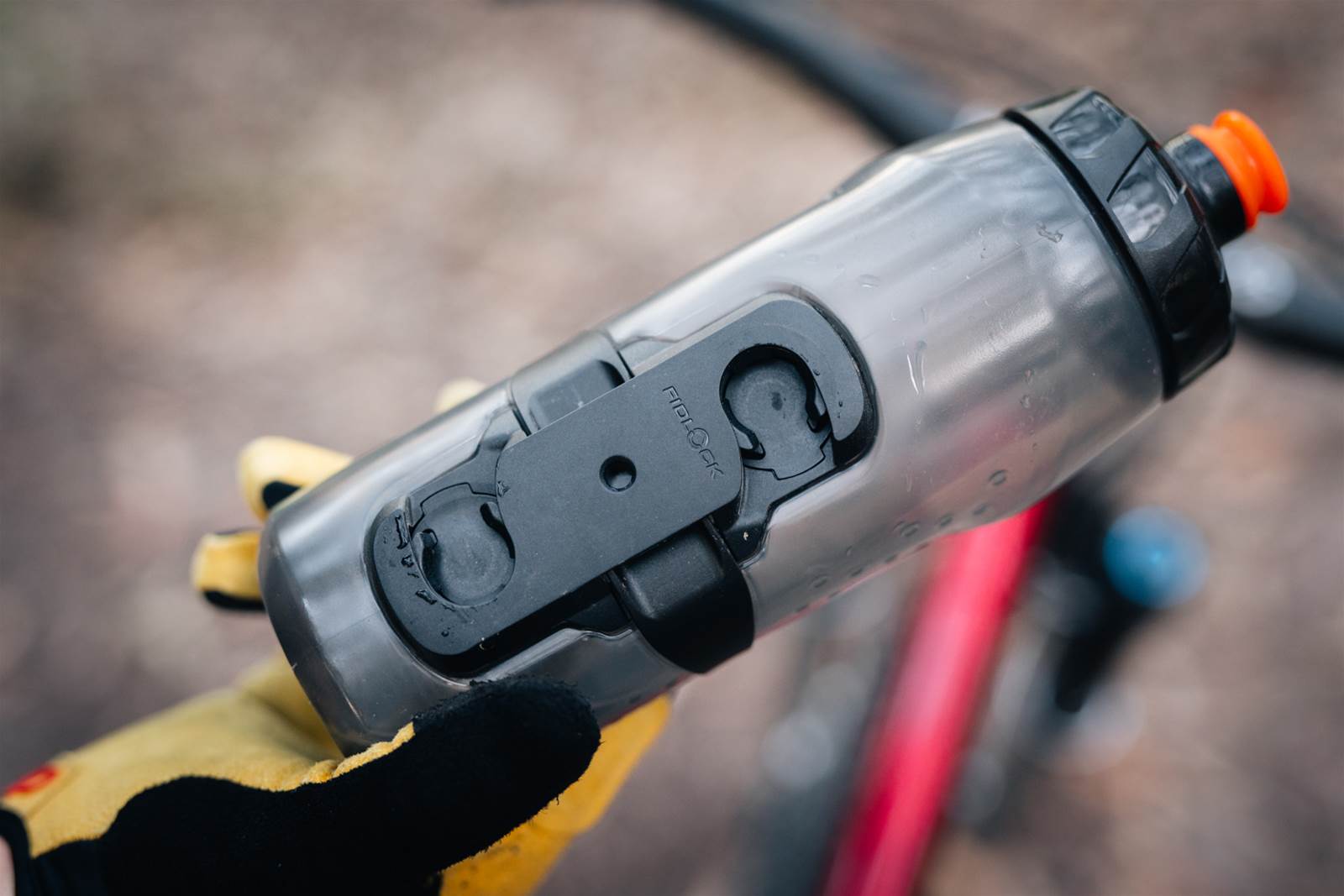 The big question with these cageless solutions is always whether your bottle stays put, and in my case it did, even through some serious chunder. I had zero bottle ejections during testing, so the Mag-II gets the double thumbs up in this department.

Other important elements of any drink bottle are liquid flow through the valve and bottle rigidity. In the case of the Guee Mag-II, I wish the plastic was a wee bit gooier, as it’s a harder bottle to squeeze than my usual choice in bottle, the CamelBak Podium. The flow through the valve worked just fine for me, particularly when you squeeze from the sides as opposed to squeezing the magnetic attachment, as this is what makes the bottle quite stiff in comparison to a regular bottle. 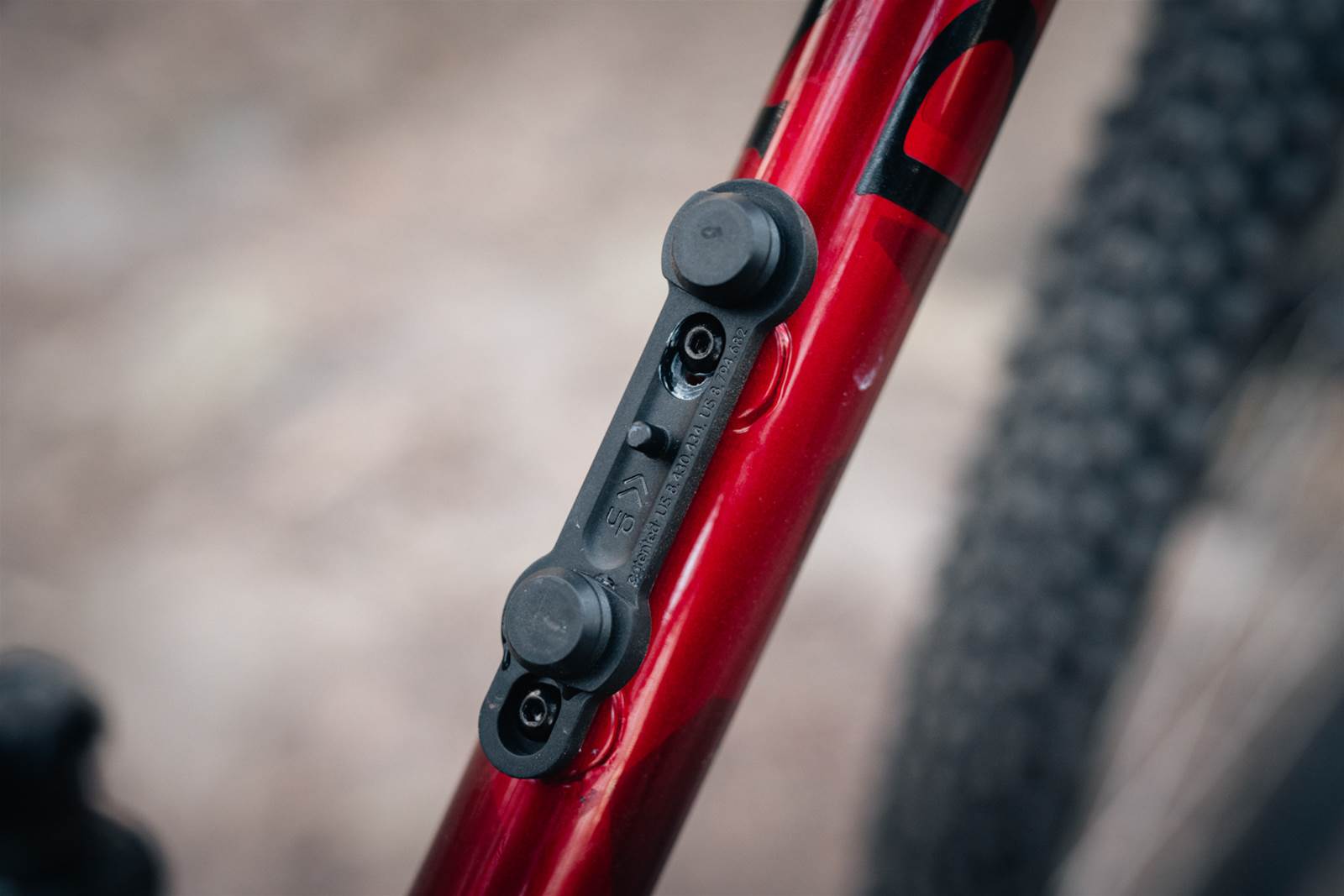 The biggest competitor to the Guee Mag II Cageless Bottle is Fidlocks own offerings. The Fidlock equivalent of this bottle/cage set will set you back $84.95, but they do offer bottles in 450ml, 590ml, 600ml, and 800ml sizes. There’s a review of the Fidlock system from Editor Mike Blewitt on our website if you’d like to compare the pair.

Overall, the Guee Mag II Cageless Bottle is a great product if you’ve got an awkward space to fit a bottle on your bike, or you don’t like the look of a traditional cage. Fidlock offer a broader range of bottle sizes, replacement bottles, and accessories, but if all you’re after is the one mount and bottle, I don’t see why you wouldn’t go for the Mag-II at a lower price.