A few years back, Giant fully committed to the 27.5in wheel size across its MTB range and was outspoken about the handling characteristics offered by smaller hoops and they way trumped the benefits of 29in wheels.

Since the brand dove headfirst into the in-between wheel size, advancements in geometry, wheel, and suspension technology, have changed Giant’s opinion of bigger wheels, due in part to the increasing availability of 44mm offset forks. The 2019 Giant Trance Advanced Pro 1 29er (say that ten times fast) sits just below the flagship bike, and beyond a level up components, the most significant upgrade being the DVO suspension — it also costs $2700 more than the model we tested.
Initial Impressions 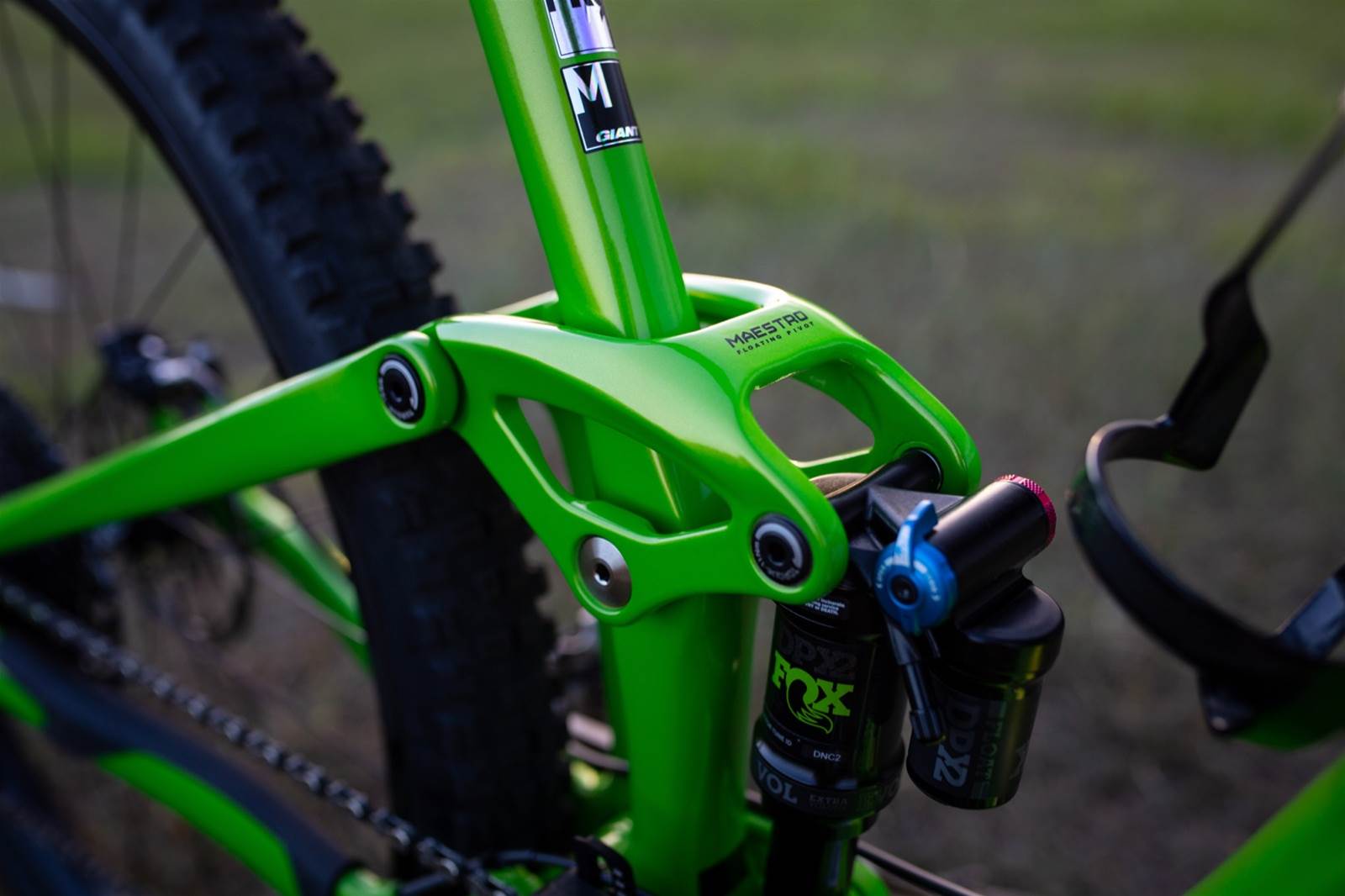 The bike features minimal branding, and the green color is subdued comapred to the loud and lairy paint jobs from last year, but man it looks good in the sun. With a 66.5-degree head angle, 74.5-degree seat angle and reach of 442mm on our size medium test bike it's a touch slacker than some short travel trail bikes like the Fuel EX and the new Stumpjumper in the same size, but it's also not pushing the extremes of long and low. With 130mm of squish up front, the bike sees a Fox Float 34 Performance fork, complete with the GRIP Damper; a bit cheaper and heavier than the Factory series fork, the 34 Float GRIP shares most of the same internals as its more expensive cousin. The big difference is the damper, with the FIT4 using an extruded rubber bladder to compensate for oil displacement; the GRIP damper sees a spring-backed floating piston. Both are sealed, meaning no air can sneak in and provide more consistent control when compared to the open dampers previously used in the non-Factory series forks. At the rear, the bike is spec’d with a 115mm travel Fox Float DPX2 Performance Trunnion mount shock. The piggyback air spring design recirculates the oil as the shock compresses, rather than it traveling back and forth along the same path. Fox say this requires a lower internal pressure which improves small bump sensitivity and allows for more control over rebound and compression circuits. Giant has opted for a SRAM Eagle GX 1x12 group set complete with the massive 10-50t rear cassette and a Truvativ Descendent crank with a 30t chainring. While the shifting can feel a bit plasticky compared to the higher end versions, this group is a reliable workhorse, while also not being too spendy Stopping is handled with SRAM Guide T hydraulic disc brakes and levers, and 180mm rotors front and rear. You don’t get quite the same modulation or adjustability as you do with the higher end SRAM brakes, and for a bike in this price range we’re a bit surprised not to see a slightly more expensive brake set, like the Guide R. That said, the levers feel positive, and there is plenty of power on tap and a consistent bite point—swapping to metallic pads would be a worthwhile upgrade. Rolling stock comes in the form of Giant’s TRX 1 Carbon wheels. Tipping our scales at a respectable 1790g, the hookless carbon rims measure 30mm between the bead and are finished in Maxxis Minions with a DHF 3C EXO 2.3in at the front and DHR II 3C EXO 2.3in at the rear. Giant is the only brand providing rim strips, valves, and sealant in the box, meaning when they say the wheels are tubeless ready, you don’t have to buy any extras to set them up sans inner tube. In my experience, their rims also offer one of the most painless tubeless setups available.