Dial in your cornering with setup corners!

Alright, for this skills session we have a bit of a feature which largely goes unnoticed on the trail but when you think about it, is far more prevalent than you might realise. As trails progress more and more towards man-made formed and sculpted trails, we are quite often seeing “setup corners” which direct the trail up the hill slightly before linking in with the larger more prevalent turn on the trail. Even on hand cut trails it’s really common to turn up the hill first before any corner.

These setup turns appear for a variety of reasons but the main reason they are there is for speed and subsequently wear and erosion control coming into corners and also to gain a little extra elevation on the trail to make that downhill goodness last just that little bit longer as we try to squeeze as much trail as possible on to the relatively small hills we have in Australia. In many ways the setup corner can make your cornering technique much more effective if used correctly and the skill also translates to where a setup corner isn’t present and you might need to get just that little bit higher into the turn to carry as much speed through as possible. Here’s how it’s done.

Step 1 – Focus on the main turn, not the setup turn 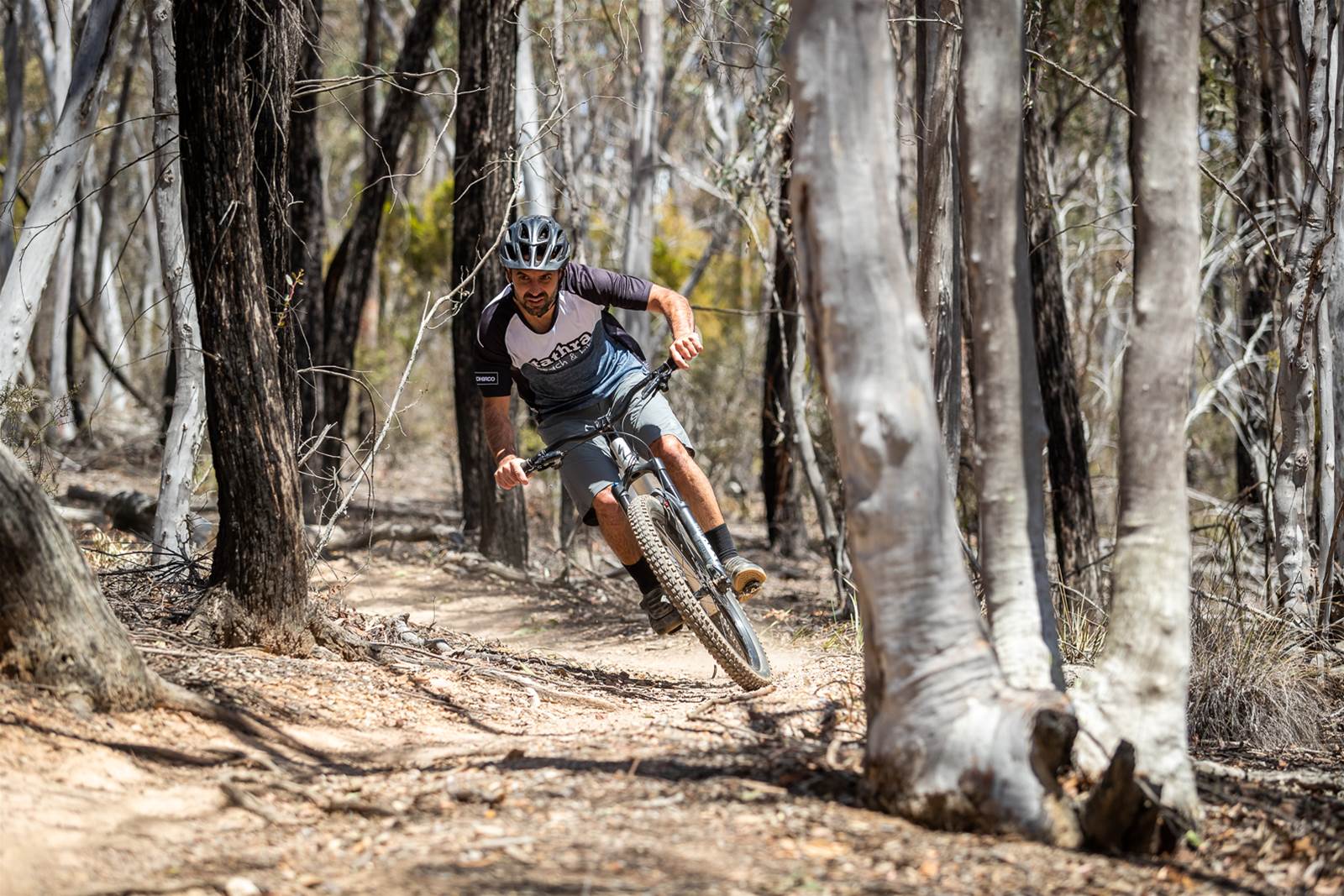