Only about an hour and a half from Hobart, Maydena is situated in Tasmania's rugged south-western corner. Leaving the city, you follow the River Derwent towards its headwaters before veering off to trace the path of the Tyenna River towards the small mountain town. The road twists past towering hop farms, with the vines rising at least 10m off the ground; as you travel further upriver, the settlements become sparse, the trees older and the mountains taller. This section of Tasmania looks out of place in Australia, and the landscape looks more like a scene from the 122nd Meridian west in Canada's Fitzsimmons range or across the Tasman Sea on the South Island of New Zealand rather than Tasmania. Maydena's roots are in forestry, with the settlement built as a base for logging operations in the Florentine Valley to supply the newsprint mill in Boyer, while also serving as a hotbed for silviculture research in the early 1900s. 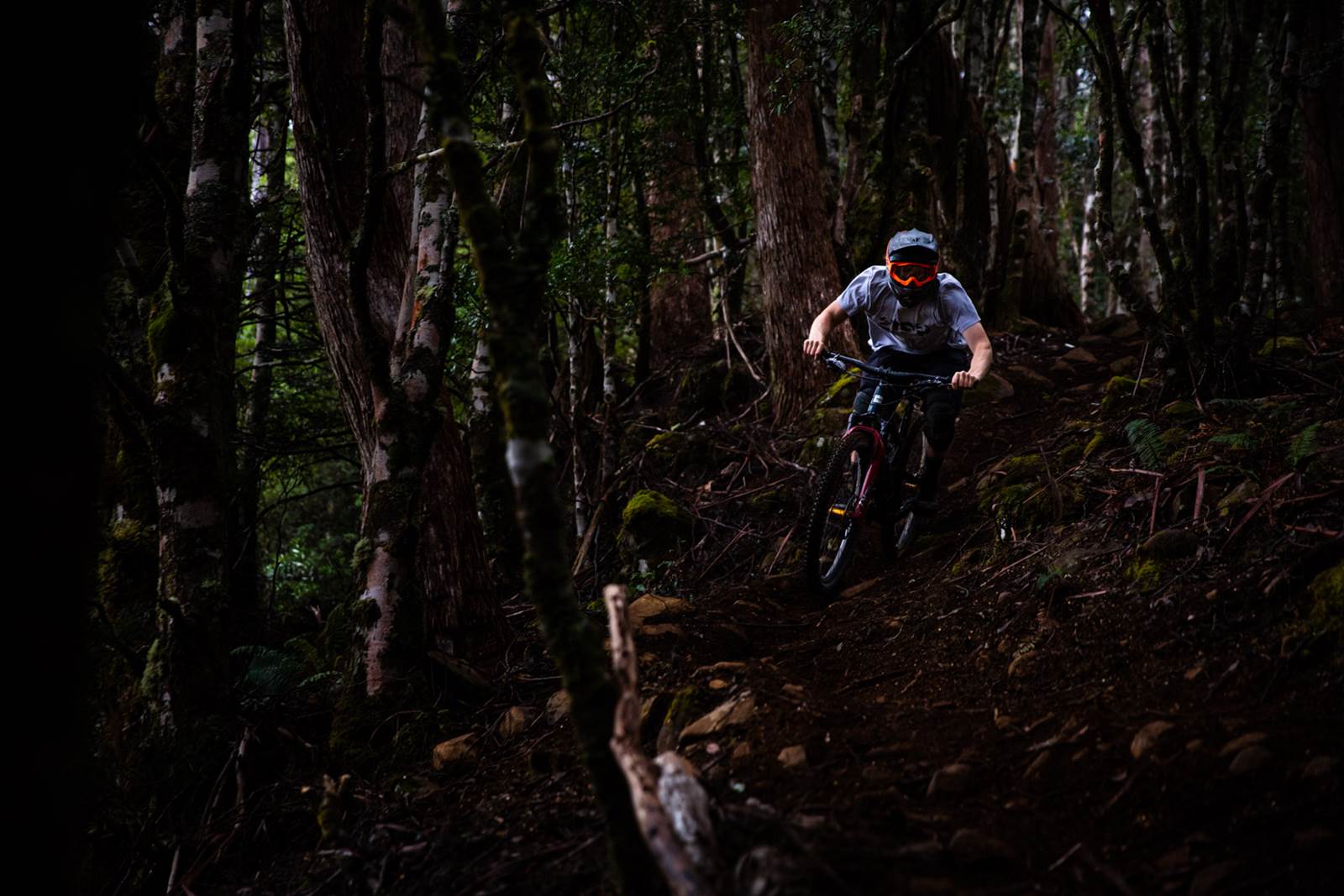 As it happens, it was also arboreal interests that first brought Dirt Art's Simon French to the small town in 2008, when Forestry Tasmania invited him out to Maydena when the state was looking to develop tourism in the area. This initial reconnaissance didn't bear fruit, but the way Abbots Peak rose above the small village caught the trail builder's eye and a few years on when the local council again put a call out for proposals to develop the region the crew at Dirt Art already knew the potential. 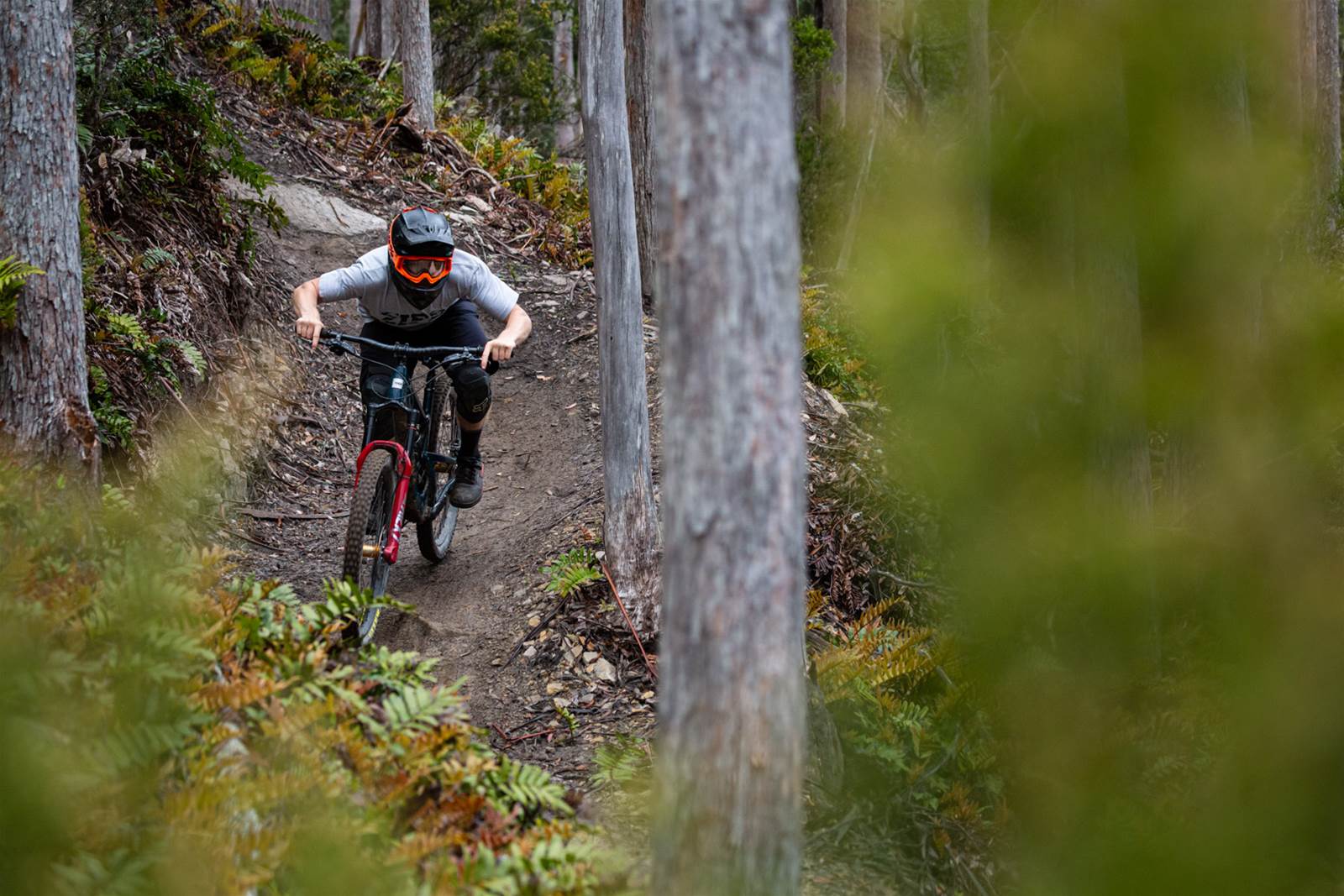 "We had spoken to people in the government about there being real desire to do something with the site, and there was already some infrastructure for getting to the top. There is a lot of elevation, and most importantly a lot of elevation going straight into the town, meaning the trails could start and finish basically on the main street," says French. Maydena has earned a reputation for its steep, technical trails, and gargantuan jump lines that dwarf what you'd find in most places around Australia. Maydena Bike Park isn't one of those trail networks where every inch of singletrack needs to be scrutinised and signed off and approved by the local council. During the proposal process Dirt Art put together extensive plans to develop large areas rather than pinpointing individual trails; allowing the builders more autonomy to shape the trails to what the terrain dictates, rather than some bureaucrat from the big city. "It certainly doesn't mean we can do whatever we want; we have a pretty rigorous framework we follow. But, it gives us the freedom to scope out new areas within those developments to put in new trail without going through months of approvals every time we want to turn soil," French continues.

Check out the nearby St Helens Trail Network!

With 820m of vertical drop, Abbots Peak has plenty of elevation to play around with, and Maydena is no doubt a gravity destination. A quick look at Trail Forks shows the spider web of trails stays firmly planted in the fall line.

A-League derby with an Edinburgh twist