How to overcome those pre race nerves, the anxiety before a big feature and much more.

To a point, nerves are a good thing as increased arousal levels are needed for the best performance. Most readers will be familiar with the ‘Yerkes-Dodson Model of Arousal and Performance’;

There is nothing more frustrating than to train and prepare for an event to the nth degree, only to come unstuck on race day due to overwhelming anxiety levels. If you are one of the many athletes affected by performance anxiety, it is well worth investing some time in preparing your mind a little more for your upcoming event. I have described some of the best known methods for reducing performance anxiety below. 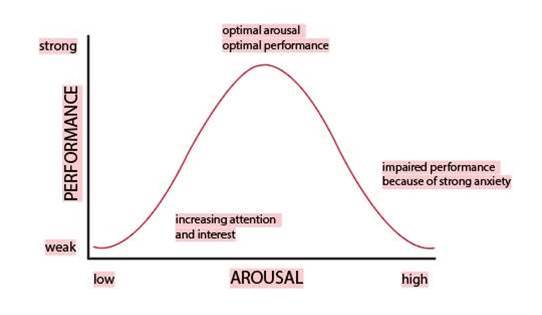 PHYSICAL AND MENTAL REHEARSAL
Mostly, humans are more fearful of the ‘unknown’. Becoming more familiar with the emotions and sensations you will be likely to experience on race day will help to reduce anxiety levels. This is one reason why I encourage athletes to compete in lead-up races prior their goal race – these not only provide great training, but also give the athlete a chance to experience the sensations of race day and practice keeping anxious feelings at bay. If lead-up races are not available, then it is worth scheduling in some ‘race simulation’ efforts in training, where you can practice going through usual race-day routines.

Mental rehearsal and visualisation techniques can play a huge part in improving performance. Such techniques are particularly effective at reducing anxiety levels on race day. Setting aside 15 minutes a day to mentally rehearse your race can be much more productive than using this time to cram extra training miles in. Try to keep the visualisation as realistic as possible. One technique is to record yourself talking through the race and then play back the recording while you visualise yourself riding the course. You can make this more realistic by wearing your bike kit and standing over your bike while you play back the recording. Go over a few different scenarios so you feel prepared if ‘plan A’ doesn’t pan out. For example: if your plan is to ride hard at the start and get into the lead group, then certainly visualise yourself doing just that, but also visualise what you will do if you get held up at the start and have to make more passing moves. Having played these scenarios out in your head prior to race day, will help put your mind at ease and reduce anxiety levels. 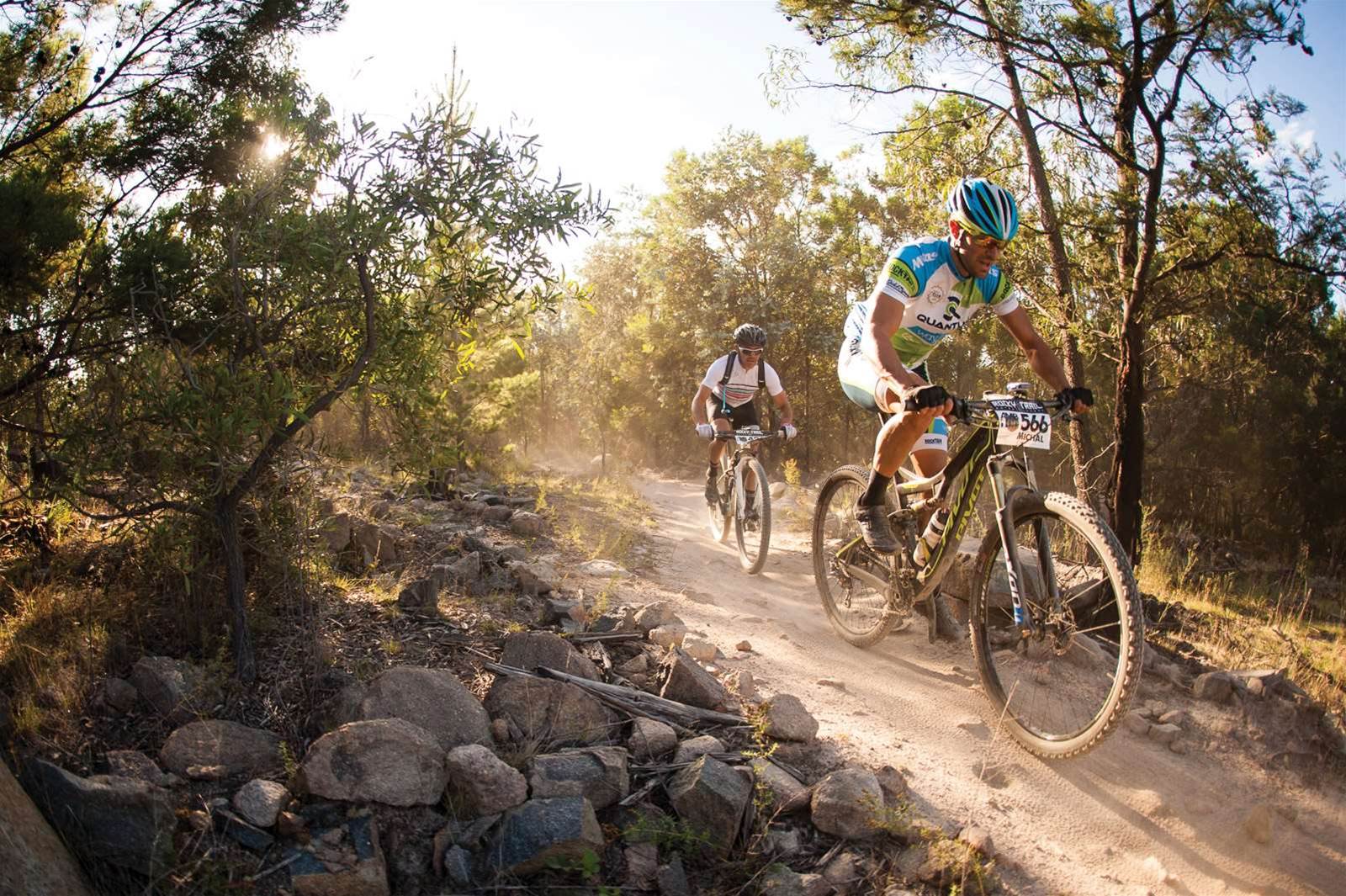 POSITIVE SELF-TALK
Negative thoughts are likely to pop up in your head on race day. It is common to think irrational thoughts in stressful situations. Self-doubting thoughts such as ‘I haven’t done enough training’ are quite normal just before a race. Blocking such negative thoughts is a lot easier when you have positive thoughts to replace them with; ‘I have done the training, my form is better than it’s ever been’.  Or, even better, if you have evidence to prove such thoughts; ‘My PB in training last week, proves that I’m in my best form’. Write a list of “key phrases” that you can draw on when the going gets tough. Practice using these phrases during your training sessions so that they become engrained in your thoughts. It’s amazing the difference a little practice can make in switching negative thought patterns around to make them more positive. 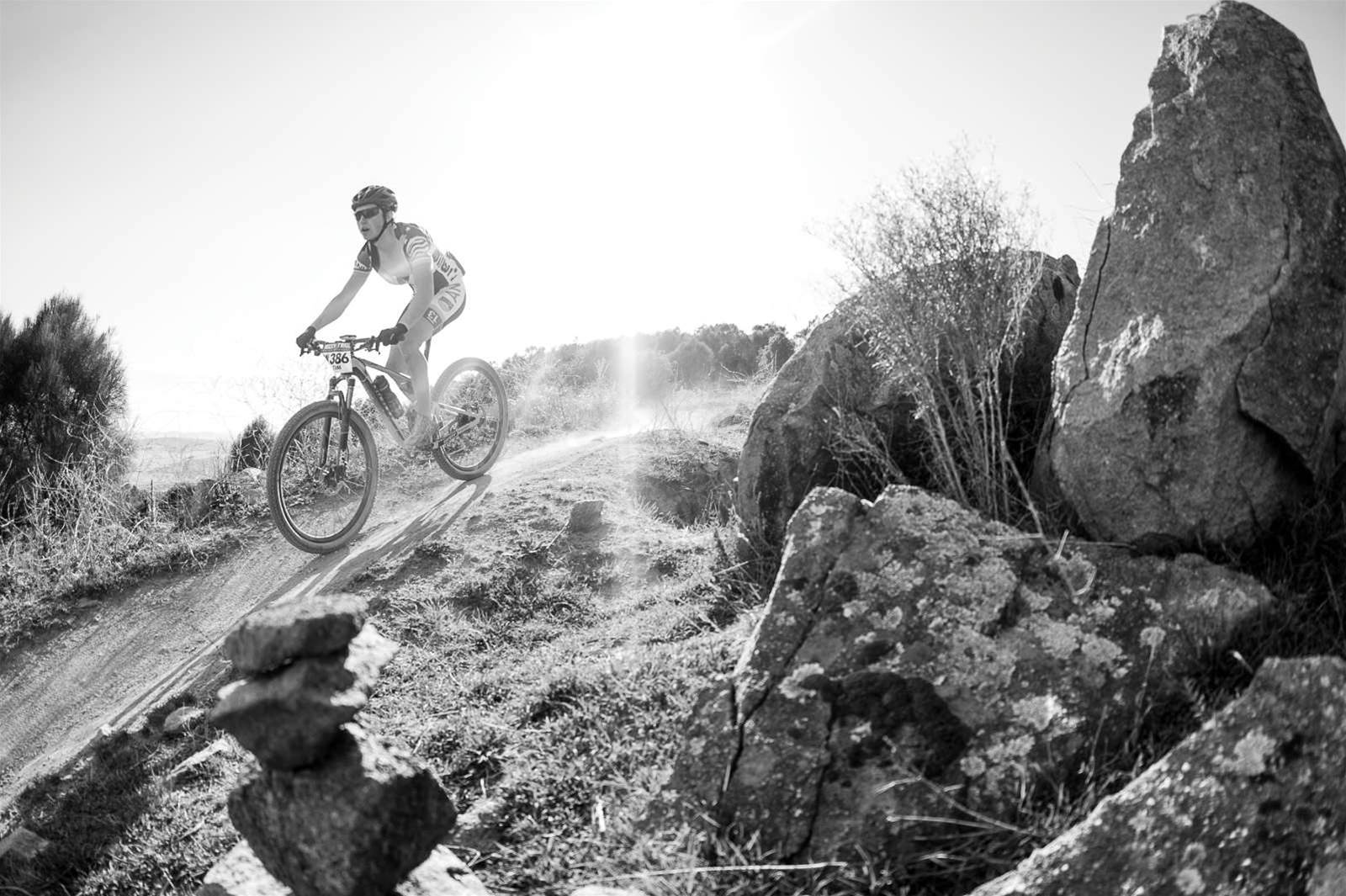 MINDFULNESS MEDITATION
Research has shown that mindfulness meditation is very effective in reducing anxiety. Not only does it help with relaxation during times of stress, but it has also shown to help rewire your brain to become more focused and let go of negative thoughts. This meditation technique involves sitting or lying down comfortably, focusing on deep breathing and keeping attention on the present. If thoughts drift to past or future, you are encouraged to bring focus back on breathing and the surrounding sounds and sensations. Dr. Elizabeth Hoge is a leading Psychiatrist at the Center for Anxiety and traumatic Stress Disorders at Massachusetts General Hospital and an assistant Professor of Psychiatry at Harvard Medical School. She explains that “mindfulness meditation makes perfect sense for treating anxiety. People with anxiety have a problem, dealing with distracting thoughts that have too much power. They can’t distinguish between a problem-solving thoughts and a nagging worry that has no benefit.” *

So for those athletes who suffer from performance anxiety, it may well be worth trying out regular mindfulness meditation. If you don’t want to spend the time and money attending an organised class, there are now online recordings as well as phone apps available, that will guide you through the process. As with anything it takes practice to learn to meditate affectively, but this time is well worth spending, if it helps keep the mind at ease on race day.