The GT Force Carbon has moved to a 29er wheel size and adopted an idler pulley in the latest iteration.

GT have just released the new Force Carbon. It's a long-travel 29er carbon framed bike designed for enduro riding and big mountain adventures. There's a few changes from the last model released for 2019, including the move to larger wheels, new geometry, internal routing, and revised suspensions kinematics including the use of an idler pulley.

When it comes to the bike game, GT have been around the block a few times. GT have had a number of iconic race bikes, and are no strangers to having numbers on the bars. The GT LTS and STS helped normalise dual suspension in the early to mid 1990s, and the LTS Thermoplastic was one of a few bikes that helped herald fantastic plastic into the mountain bike frame market. GT's hardtail models like the Zaskar would have pride of place in almost any rider's shed. Especially if they were adorned with a set of Judys. Fast forward to the current day, and GT provide the race rigs for riders like Martin Maes, Noga Korem, Wyn Masters and others. The new GT Force Carbon has been designed to be the bike that the team needs at events in the Enduro World Series (EWS), using some design input from the GT Fury downhill bike. 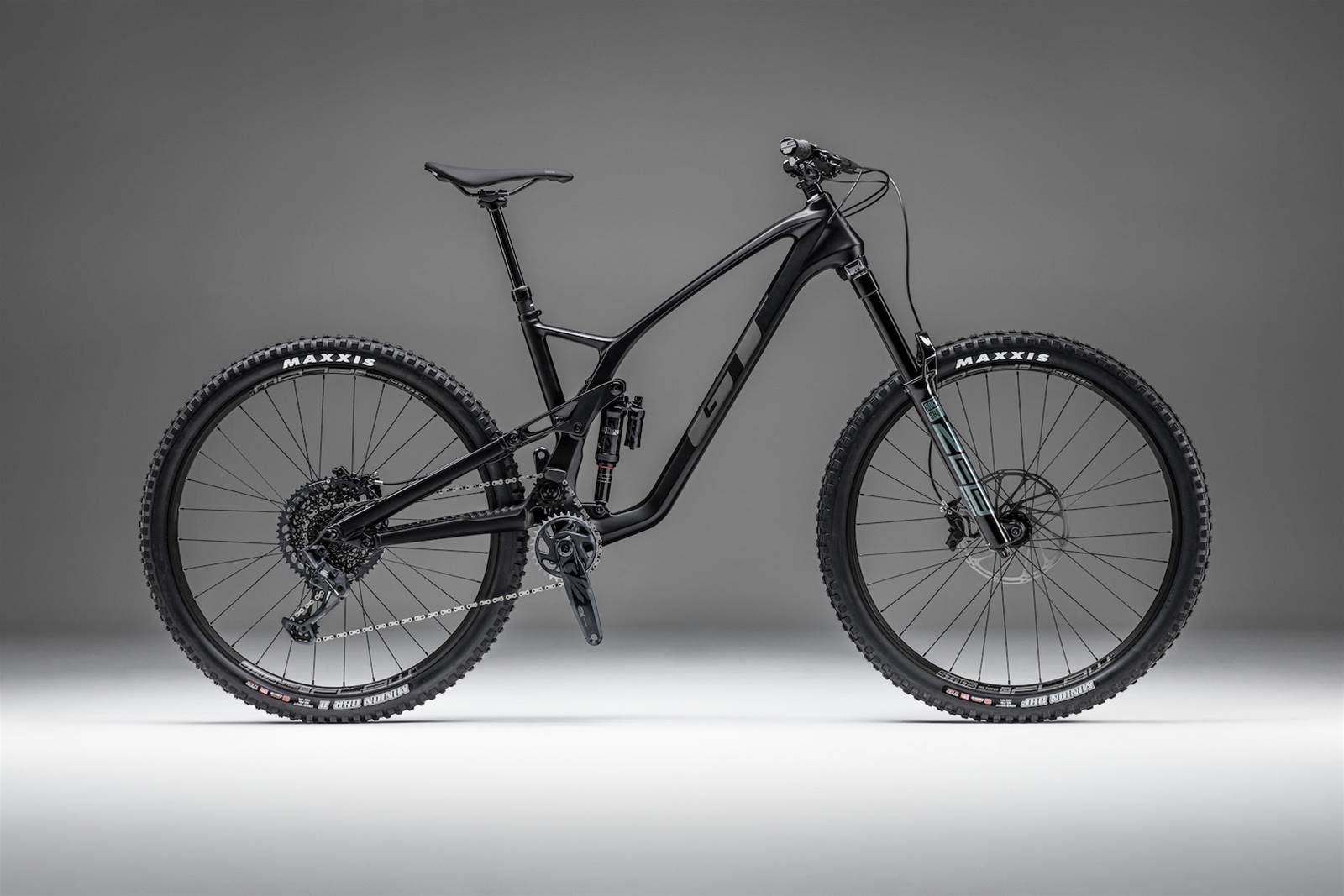 While you might just see the GT Force Carbon as another bike that is sporting an idler pulley, like the Forbidden Druid, new Cannondale Jekyll, Trek Session and others, there's more wholesale change going on - including why the idler pulley makes an appearance.

1. Wheelsize
The new GT Force Carbon is a 29er, and comes in 29" wheels only in the 4 sizes from small through to extra large. GT state that the 29" wheel suits the intended use the best - which is obviously about delivering the team riders the fastest bike possible for high speed and steep trails.

2. Geometry and sizing
It should be no huge surprise that GT have updated the geometry since the 2019 model. This would be due to the progressive nature of the sport, and because of a shift to a 29" wheel platform. Head angles and seat angles are the same across all four sizes, with a 63.5 degree head angle and steep 78 degree seat angle. Fork offset is 44mm across the range. The slacker head angle aids in stability at speed and on rough terrain, while the steeper seat angle keeps you nicely centred when climbing, without the front wheel wandering around. It also helps keep the saddle well and truly out of the way with the dropper down.

There are four sizes from small through to extra large, with a reach moving from 430mm to 515mm. The head tubes are taller, which all but the shortest riders will appreciate, reducing the need to run lots of stack under the stem. GT also have a flip chip in the drop out, to change the chain stay length by 10mm. The smaller two sizes are in the short 435mm position out of the box, while the two larger sizes are at 445mm. This is a nod towards size specific geometry while still allowing customisation for how you ride. If you need the high speed stability, make that back end a bit longer!

3. Frame features
First up, there's now internal cable routing in the carbon mainframe, instead of the hose and outers being routed in a channel on the downtube. That allowed easy mid-race servicing at events - but so does the tube in tube frame layup. This means you can poke a hose or outer in one end - and it comes out the other near the seat tube! This means there is no fishing around with a sharpened spoke, magnets, tweezers or anything else. The rear deraileur cable also goes through the right hand seat stay, to keep it more protected.

The cable ports at the headtube have two holes on the left, one on the right. So if you like to cross the headtube with your outer and hose, you'll have a bit of a manky look with your dropper outer and rear brake fighting for one spot on the driveside. It's a small detail, and not uncommon. The frame has alloy swing arms, like the predessor, and there are some well designed chainslap protectors all along the chain stay and on the inside of the seat stay - along with a roost guard on the downtube. 4. Suspension kinematics
This is where a lot has gone on. GT have delivered a rearward axle path, and the idler pulley is a key part of making that work without huge pedal kickback, as it means there is extra chain in the system. The rearward axle path means that as you slam into leading edges of jank, the rear wheel can keep moving backwards as it sinks into the midstroke. The idea is it doesn't act like a brake, and lets the bike run smoother and faster. This is why you see this setup on so many downhill bikes - and now on Enduro bikes as well. There's a bit more going on as well, as GT have created a leverage rate that goes up a little at the start, which means there is a tiny bit more of a solid feel to pump against when working your Force Carbon through terrain. This means you're not playing around in the sag, but can really pump your bike for speed when the terrain dictates.

There are also changes in anti squat and anti rise. Anti squat is about your pedal performance, and it has been improved in the mid to low range gears. That means when you're jamming gears and pushing hard on pinch climbs, you're getting a better response and less mush. It should make for a more efficient ride on climbs, while not robbing anything on the descent. Tne anti rise is optimised to reduce brake dive at speed, to make the suspension performance more consistent, even when you're grabbing all the anchors you can.

5. Pricing
To be honest, it's really sharp! Basic details are below - but contact your local GT Bicycles dealer for specifics. Over the past decade GT Bicycles have been known for offering a really good value with some excellent race pedigree. And the new GT Force Carbon doesn't change that. The combination of full carbon front triangles and alloy swing arms keeps the cost lower than some super bikes, but if the revised suspension offers the ride their marketing promises, it's likely that the GT Force Carbon will be a very good value enduro and big mountain bike with three great spec levels right from the shop floor.

It's great to see the adjustable geometry for chain stay length, if not for the bottom bracket and head angle like some brands do. The back end length may actually have more of a noticeable difference for some riders.

GT have stuck to smart spec for all three bikes, delivering suspension adjustability, 12-speed group sets and 4-piston brakes across the range. You'll also find quality Maxxis tyres on all three bikes, and what looks to be WTB i30 rims.

We have a test bike landing right on launch, so stay tuned for a full review on this updated GT Force Carbon,