From its birth in 1990 to its present format in 2017, one man has rolled beside it, guiding it, shaping it and (on occasion) rebuilding it. With an extensive background in cycling (including countless UCI appointments around the globe, and a lengthy role as Race Director of the RRR), Peter Blakey is that man.

“There was a guy from Mossman, Dave Olsen, who said to Glen (Jacobs) and I that there was a ride the Mossman Crew used to do from up near Mt Molloy, through Wetherby Station Road and down the Bump Track. So we met him up there one day (in 1990) and, during the course of the ride, discussed what it was and how it would make an awesome race. It was rural. There was rainforest. There was a beach. So within about 15 minutes of talking we had come up with the RRR.” 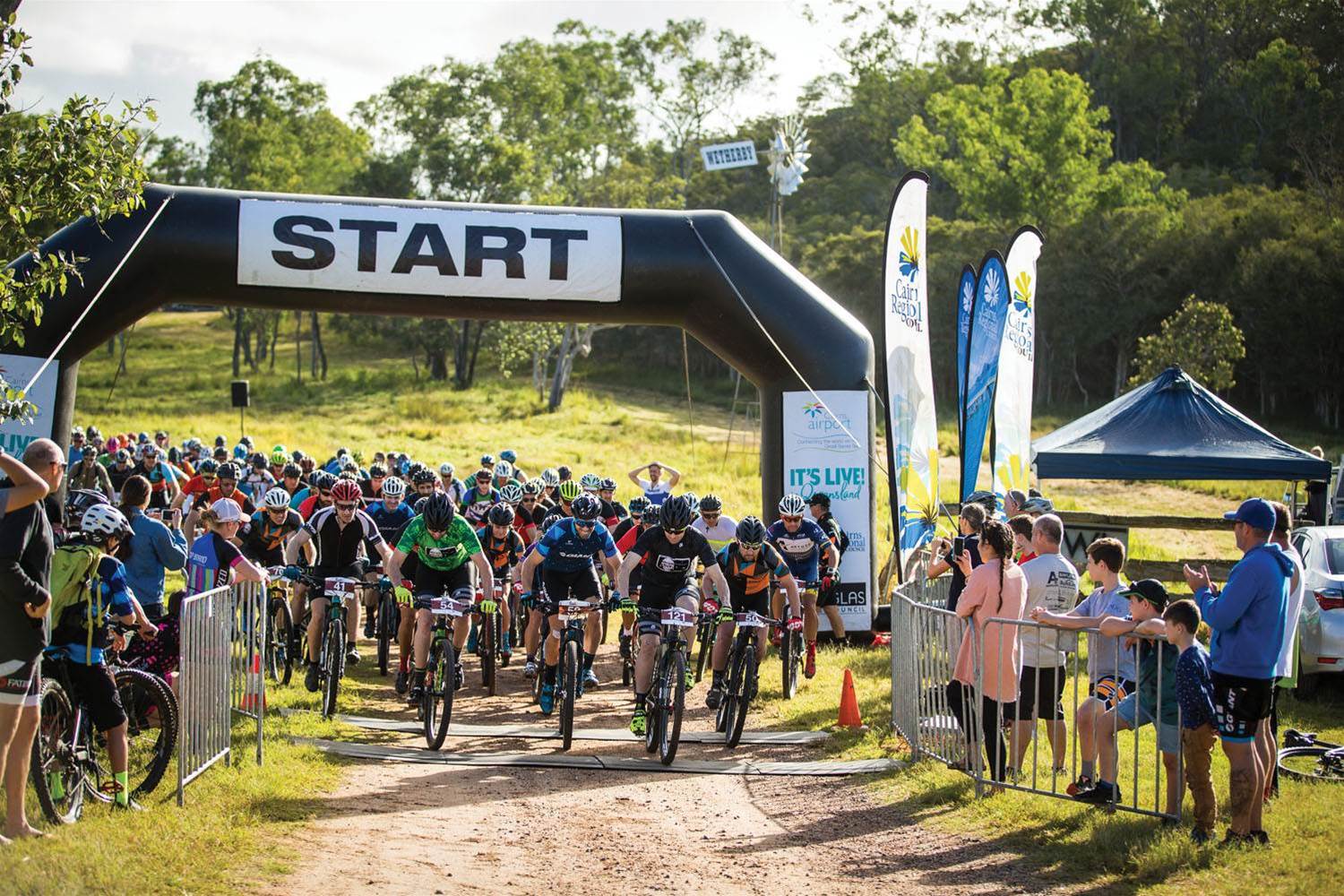 From a handful of riders doing a Le Mans start off the deck of the Mt Molloy Pub in 1991, to over 600 riders converging on Wetherby Station in 2017, the RRR has grown and evolved from a social ride to one administered by Ironman.

“For that first year (1991) there was probably about a dozen of us. There were no marshals.  The idea then was that we finished at the bottom pub in Port Douglas. I don’t know even if there was anyone timing us, but there may have been someone at the finish. There were bikes coming in from all directions as there was no actual route, no course we were meant to follow - just meet at the pub at the bottom. That was the first one.

“From then it became a little more structured with a starter and timing and so on. After that first year we changed it so you had to finish along the beach (Four Mile Beach). Back in those days Port Douglas was changing so much that every year we went there we had to make a new track, find a new way to get to the beach. It was either developments going up or roads going in.”

For 22 years the RRR started in Mt Molloy until it moved 5km down the road to Wetherby Station, where it rests today. That first year from Wetherby Station in 2013 saw the inclusion of a longer 70km endurance event to satisfy riders seeking a greater challenge.

Everything you need to know about Port to Port