Ride Sports are increasing their range of Hutchinson tyres, and we've had some land for testing.

Hutchinson have been in the tyre game for a long time, and the French brand were one of the first to bring tubeless mountain bike tyres to market about two decades ago. While the Hutchinson Python has had a do over with the Python 2 and is still super versatile and fast, Hutchinson's mountain bike tyre range is pretty expansive.

With a new home at Ride Sports, Hutchinson are currently available at some incredible prices. With the Toro Koloss eMTB tread tested in our new issue, Ride Sports have sent along three tyres that sit around the trail and cross-country mark - although one is pretty much full XC. Stock of these models will be available in late July.

With 3 sets of treads to test, and a couple of mixed casings, I've weighed them, inflated them on tyres and sized them up. Ride Sports have sent the Hutchinson Skeleton 29 x 2.15", and a Hard Skin model and a non reinforced model have been sent. The Skeleton has a lower profile tread and good edge knobs. The Kraken is 29x2.3" and has mid sized, wide tread blocks and large edge knobs. It really looks like it will hook up like a tractor on the climbs.

I've inflated both of these tyres on a sort of wide XC rim, with a 25.5mm internal width, but with quite thick rim edges and 32 spokes they're a stiff XC wheel that will offer an ideal base of support for the tyres.

The 2.25" Taipans are a mix of one Hard Skin and one RR XC model. They have been set up on a 26mm internal trail wheel set, the Hope Technology Fortus 26, which has just arrived for testing. 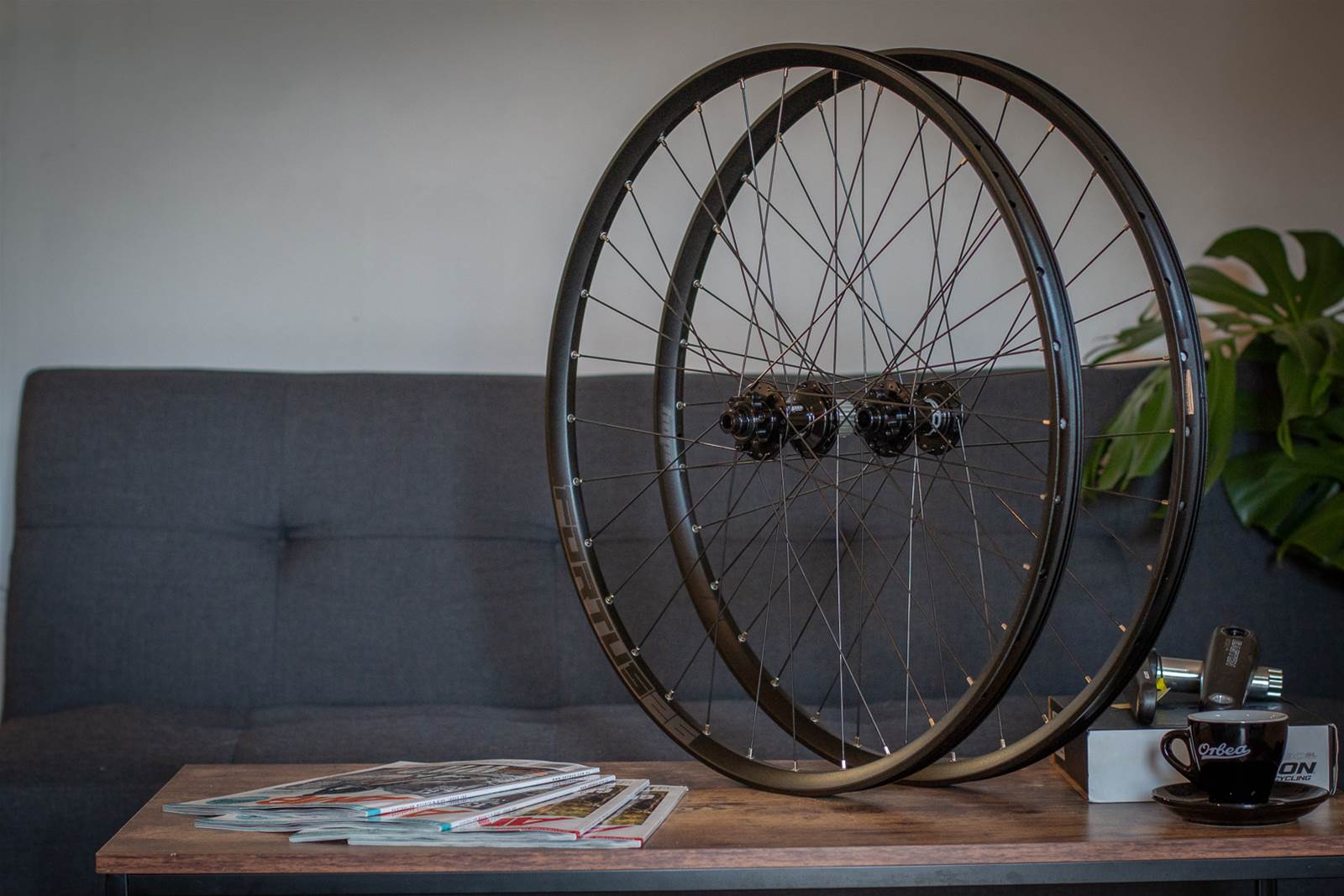 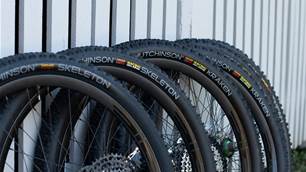