Speaking of backpacks, when it came to carrying our skis we debated long and hard about whether we’d be better off strapping them to our bikes or bags. In the interest of minimal faffing and given we also had our ski boots in tow, the A-frame method prevailed. There are a few ways to carry skis on a bag; however, what seems to work the best across most backpacks is the A-frame. Using the compression straps on either side to hold the skis, a ski strap tethers your tips together to prevent the skis from swinging around as you walk/ride, also kicking the tails out away from your feet and the rear triangle of the bike. This configuration also keeps the weight closer to your body and doesn't throw off your centre of gravity too much—just lookout for low branches. With the last push up the Charlottes Pass in the rearview mirror, we locked our bikes to ski racks at the base area much to the intrigue of resort patrons and staff, and started climbing. With only 200m of vertical drop, Charlottes Pass is a comparatively flat ski resort (Thredbo has a vertical drop of 672m), and by the time we reached the village, we had already scaled the majority of our initial ascent. We walked up the side of Avalanche, one of the resorts three marked black runs, around the saddle of Mount Stilwell and into Twin Valleys. Given the North Valley offers better terrain, holds more snow and is closer to the resort, it was the obvious place to drop in. The other reason we decided to ski the North Valley is because of its south-facing aspect, meaning it sits in the sun all day. Most of the snow we'd come across the past few days, was bulletproof, but the faces that received plenty of sun had time to thaw.

Warm daytime temps and cold nights, held snowpack in a constant melt and refreeze cycle creating round snow crystals that look like kernels of corn. When frozen, these create a boilerplate crust that easily supports your weight but requires a razor sharp edge to make a turn, but if this same snow is exposed to a bit of solar radiation it turns into deep slushy 'mashed potatoes.' Somewhere in the middle is a fleeting velvety soft snow texture aptly named ‘corn’, which presents when melt water begins to percolate through the snow but retains enough surface tension to hold the crystals together. Corn skiing is second only to powder and is equally as elusive; a face can go from frozen, to ripe and ready to harvest, all the way to slop in the space of an hour. 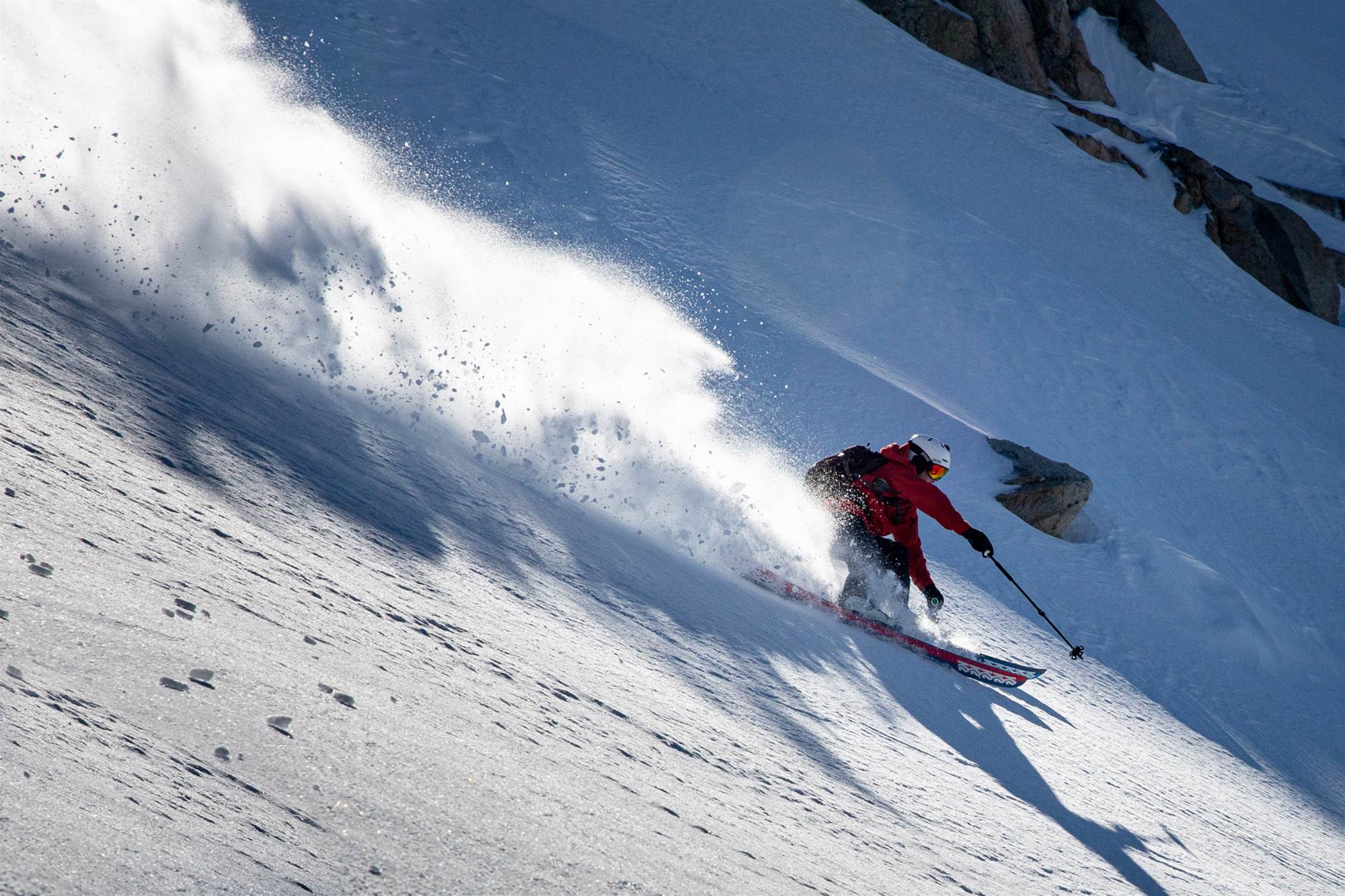 We arrived at the top of Twin Valleys right as the ripe corn was deteriorating into slush, but the snow hadn't decomposed to the point wet snow avalanches became a real threat. With the coverage being so light, there were plenty of rock formations I'd never seen before, and there was no shortage of grabby fauna looking to trip you up. Even still we’d managed to multi-sport ourselves away from the crowds, and find arguably the best turns in Australia at that time.

In a winter of false starts, sleeping through our alpine start seems to have been par for the course and tired and riding back down to Perisher, it was hard to complain about the day in the backcountry we'd just had. Before the latest #polarexpress storm to pass through the Snowy mountains, good turns were few and far between, and we’d just had a plentiful harvest of more of slightly over ripe corn from Twin Valleys.

Note: Yeah we agree, thes eguys should totally have had helmets on to ride up the road. It's a closed road, but you can never be too sure.