Winter got off to a false start, early dumps in April and May and a dry June left the Snowy Mountains stuck at low tide. Cold temps allowed the resorts to keep their snowmaking operations running; however, the lack of natural snowfall meant coverage in the backcountry was thin.

Usually for a day out ski touring, depending on where you are headed the jumping off point would be from Guthega, or the top of Thredbo. With the snow line remaining at an unseasonably high altitude well into July, even leaving from the top of the Kosciuszko Express chair meant a few kilometres of walking on the exposed metal boardwalks, with skis attached to your backpack.

This lack of natural snowfall also meant the 9km road from Perisher to Charlotte Pass remained mostly clear well into July. Despite being closed to motor vehicle traffic for the winter, nothing is stopping you from riding a bike up the road. 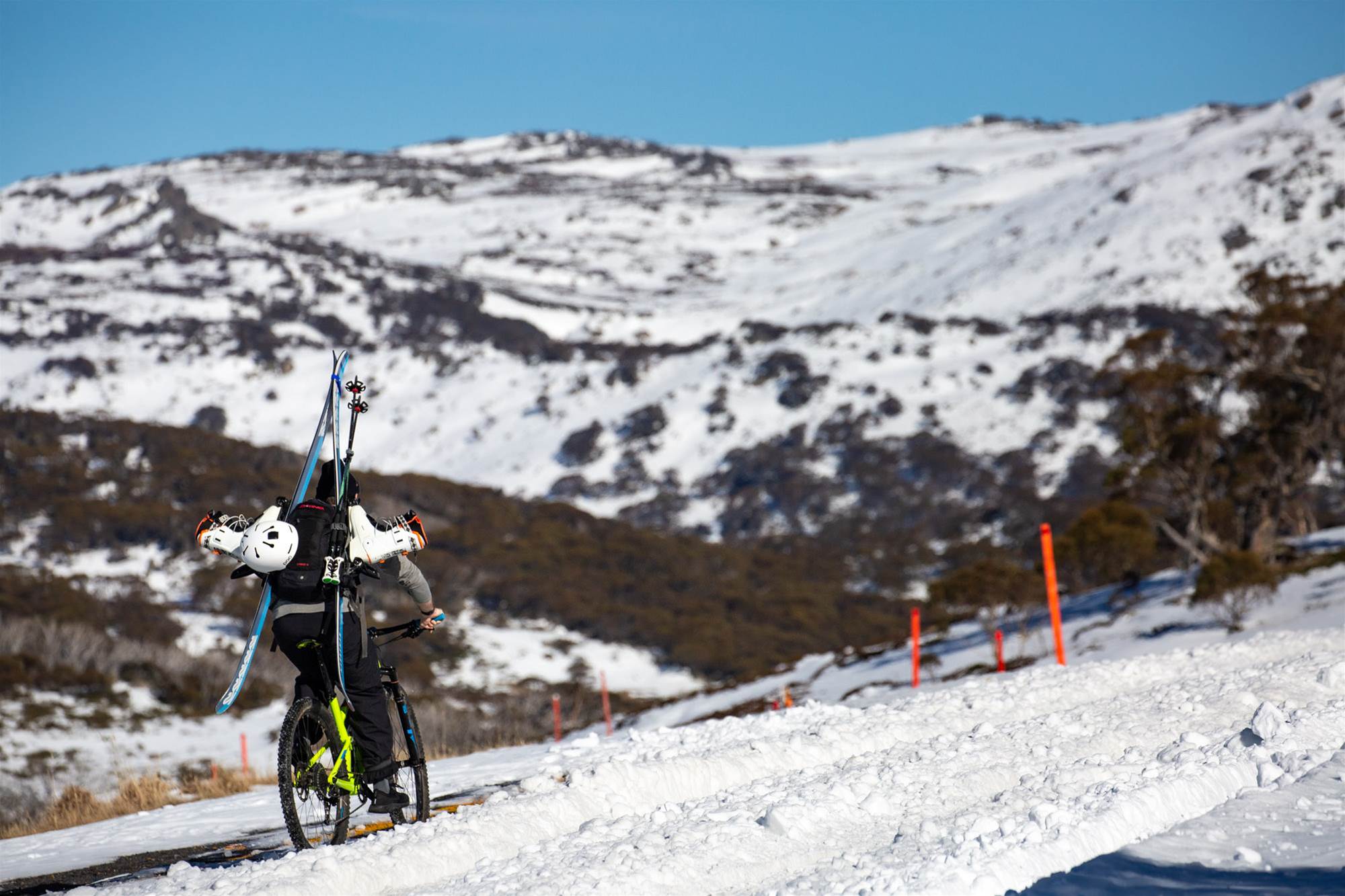 So we hatched a plan; ride mountain bikes from the Ski Tube station at Perisher up to the Kosciuszko Chalet Hotel, ditch the bikes and skin up the resort and out to Mount Twynam, ski into Blue Lake and return via the same route. Using the bikes to get out to Charlotte Pass cut three kilometres off each way, and lopped over 200m of climbing off our initial ascent. Most importantly, it meant the majority of the hiking would be with skis on our feet, not on our backpacks.

Everything was mapped out and ready to roll, an alarm clock set for 4 pm instead of 4 am brought that plan to a screeching halt. With daylight quickly burning, we scrambled for a backup plan; luckily not far from the top of Charlotte's Pass lays Kangaroo Ridge, and an area commonly known as Twin Valleys. Lying about halfway between Thredbo and Charlotte Pass, in the 1970s there was a proposition to put a ski resort here, but the Snowy Mountains got Blue Cow instead. Serving as a quick strike touring objective, Twin Valleys offers good terrain without hours of skinning. Arriving at Perisher mid-morning, as we pumped up 2.5in knobby tyres and attached climbing skins to our skis, we attracted plenty of sideways looks from day-trippers as they shoved their feet into ill-fitting rental boots and locals that mosied past on their way to the lifts.

The spin up to Charlottes was relatively pedestrian, and was mostly dry and clear, with only a few snowdrifts on the way up that were well rutted from the regular shuttle traffic—the gradient doesn't climb above 3-percent until the final kick which hovers around 7-percent.

Hidden in the tyre trenches, there were still soft spots in the snow, which made for a few brown ski pants moments—the bike would go where it wanted to, while the 15kg+ backpack complete with skis and boots attached to your back tries to take your body in a completely different direction.