Chris Panozzo has checked in after the opening round of the EWS, as he heads off down to Derby, Tasmania, for the 2nd round. Who's on form, and who has something to prove?

Tasmania is part of Australia isn’t it? I'm sure they're putting it on maps these days, and I'm sure if you're reading this you are as excited as I am about crossing the ocean to race a World Round on Australian soil...

No doubt you have seen how the first round in Rotorua played out. Yes, it was a mud bath, and yes it was a big day. It was also though some of the most fun you can have on a bike, and it was obvious that some, more than others were having a lot of fun on their bikes. Ben Forbes, sliding around in practice for Round 1 of the EWS.

Sam Hill was one of them, finishing just off the podium in 4th, the first non-kiwi and the first of the top 30 ranked men. There will be a fierce battle to be the fastest Australian rider on home soil, and you would have to say Sam is taking the lead role coming into Derby, but just behind though is a very hungry pack of riders, including yours truly. Sam Hill slides into a turn in Rotorua.

A special mention must go out though to Jack Moir, after a rough couple of years he really is starting to build on what I think will be a mega year for the young pinner, and after posting a 6th in the Enduro, he backed it up with a big win in the Crankworx DH. 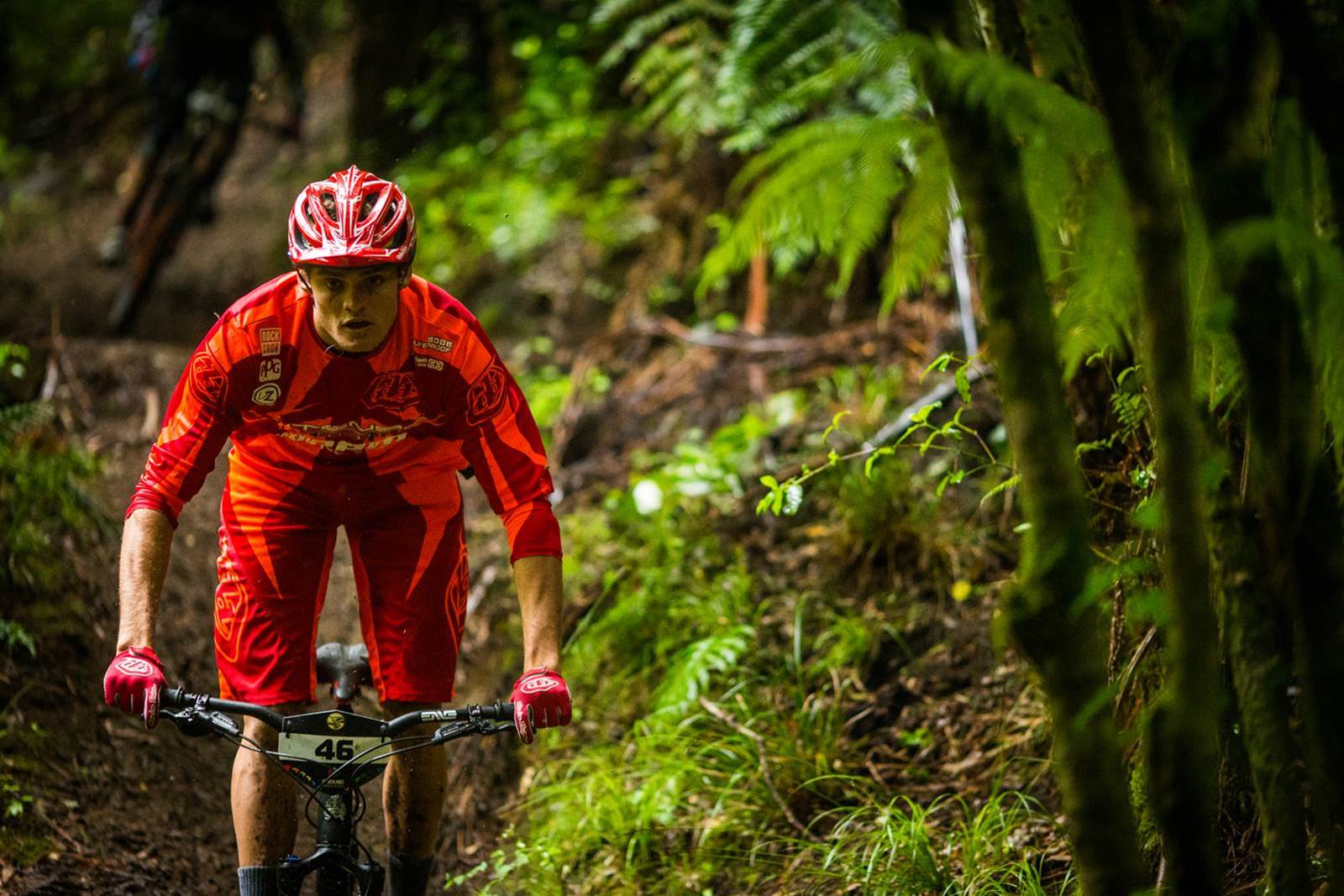 Tasmania on the horizon

Many riders will be looking to bounce back after the tricky conditions from NZ, with the top 3 overall riders from 2016, Jerome Clementz, Damien Oton and Richie Rude all outside the top ten after round 1. Many of the top guys de-camped from Rotorua the day after the race and straight lined it for Derby, while a few, including number 1 Richie Rude, stayed behind for the Air DH at Crankworx. Enough about Roto though, with the weather forecast for Derby looking clear right up until race day (sound familiar?), this round might not offer a clearer picture of how the competition stacks up that everyone is looking for, but as ever, the champion is crowned over the whole year, not just a single event.

In my brief visit to Derby 18 months ago, there was still plenty of work being carried out to entice riders down to this small part of riding wilderness in remote Tasmania, and no doubt bringing a World Event will certainly help. With what has to be one of the most well-funded mountain bike parks in Australia, the entire world’s attention will be on the riders feedback after day 1 practice, I’m sure the trail builders will be feeling a touch nervous, as the race tracks use a mix of existing and purpose built trails to make up the 7 competitive stages on race day.

With some stinging uphill sprints included in the competitive stages, the event promises to test everyone. With approximately 50km covered on race day, and only 1500m of descending, with a total GC time around the 20-minute mark, the stages are short and sharp, and promise to be very high in intensity.

A smart move from the organisers have seen the race tracks published a week earlier than normal, and therefore closed off in preparation. This approach should be applauded by all, and should make for a more even playing field across the board.

The tracks are sure to take on a different look to some of the more established venues of previous World Rounds, with the evolution throughout the weekend on new tracks likely to change quite dramatically, and with the variable weather on offer it will really take an all-rounder to shine across the board and take home the win.

With a casual forecast of partly cloudy preceding all but race day, and restricted practice times, it should make for a exciting atmosphere, with riders most likely getting 2 runs at most of each track before racing, expect to see some come out of the gate swinging, most notably the young Belgian Martin Maes. All things considered then, Derby promises to be one big weekend of racing. Be sure to keep an eye out through the week for more updates, and follow along on Instagram!