Electric bicycles are becoming the norm on our streets and trails and eMTBs specifically are  one of the largest segments in mountain biking, with growth seen in the segment every year since around 2015. With the European market leading the charge, and German electrics company Bosch are at the forefront of eMTB drive units. As the largest producer of eBike motor systems in the world they know a thing or two about assisting your preferred pedal powered mode of transport or grin inducing fun machine. So for 2020 Bosch have really stepped things up, releasing its latest 4th generation Performance Line CX motor. Developing a smaller, lighter, more powerful pedal assist system for some of the best bicycle manufacturing brands around. During the end of November AMB was invited down to Derby to ride a variety of new bikes with the new motors installed. As the motors have been so popular many bike manufacturers as well as Bosch have struggled to meet demand, with some bikes only arriving the week or day before. With delays for my flights to Tasmania I was last to arrive in Derby and missed the group roll out with the Bosch boys and other media outlets. Not to worry, I sorted myself out and managed to nab a brand-new carbon Trek Rail 9.8, Trek's all-new performance eMTB. One Medium in red please! As the guys had already hit the trails, I was left to play catch up.

I was stoked on getting to know the bike on an intimate level, 'just the two of us'. Especially before I could be bribed with beer, pizza and good times by those hosting us. Up until now I had only had several short rides on the older 3rd generation Bosch Performance Line CX motor. This was on an odd feeling Haibike and the older Trek Powerfly LT. Instantaneously when I put tyres to dirt, I could tell the new Rail and 4th generation Bosch Performance Line CX motor was a standout setup. With many improvements over the Powerfly LT, a shorter rear end and larger wheels being the most notable among many. A full review on the Trek Rail will come in a future issue. The new Gen 4 Bosch motor also felt extra zippy, with initial impressions sitting very favourably. It was time to dig into why. 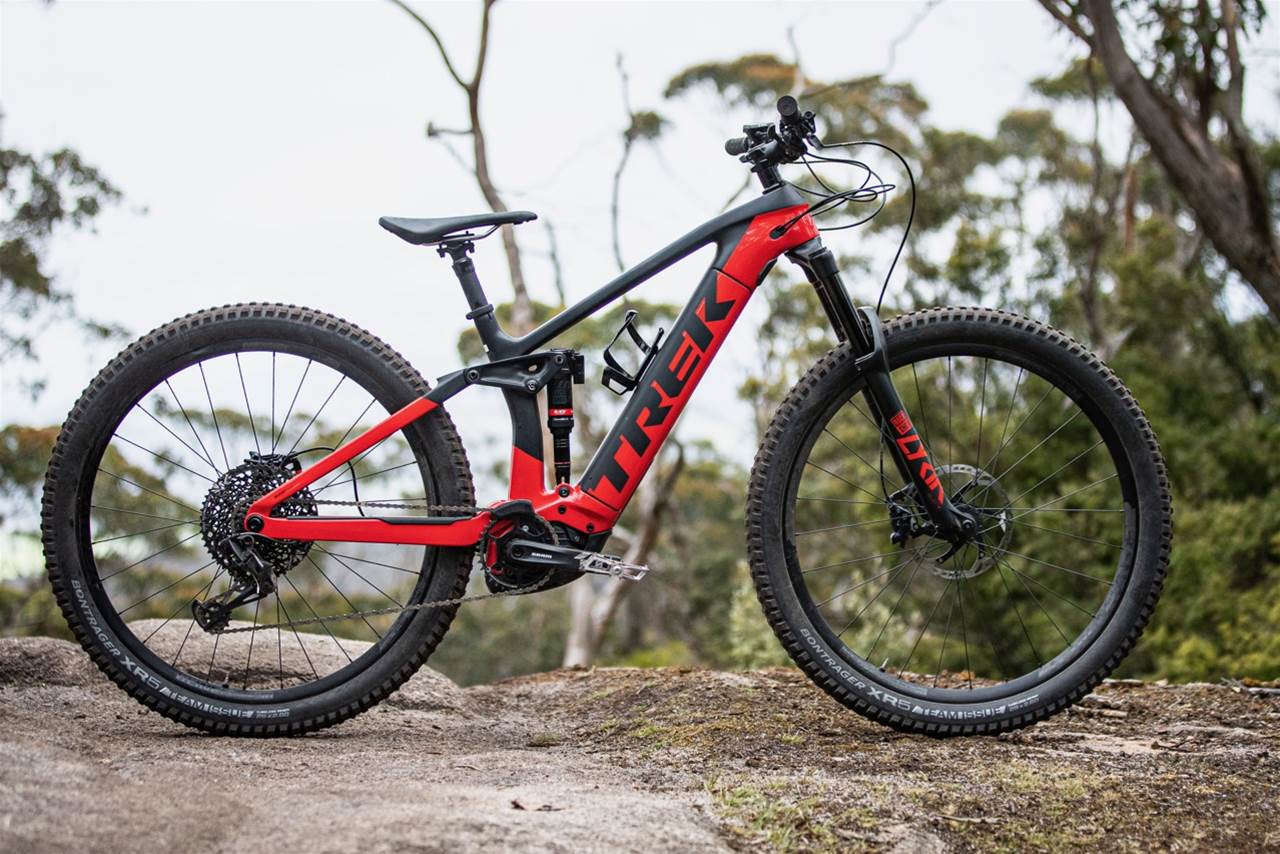 All about the latest from Bosch

Whilst Bosch obviously did very well selling the older generations of the Performance Line CX motor to manufacturers, they were not without limitations. Size being one of the biggest, pardon the pun. The much longer motor and the placement of the axle meant the geometry and kinematics possible were affected quite negatively. With the new smaller size and upper rearward placement of the axle on the Gen4 motor, shorter chain stays are now a much-needed possibility to all mantufactures. With the smaller sized motor Bosch was also able to obviously reduce the weight considerably. Dropping well over a kilogram, the new 4th Generation Performance Line CX is now only 2.79kg. It just beats out one of it’s largest rival motors by 10 grams. This is a massive reduction in weight for the motor alone and will liven up the ride on all the new bikes sporting the Gen 4 motor. It’s easily more than a 5% loss of weight to most complete eMTBs. The motor was not the only major improvement for the Bosch Gen 4 system. Battery life has also been extended with Bosch now offering its largest battery at 625 wH. Arguably battery life is the single most important factor for your average eMTB enthusiast, so it’s great that the battery technology is seeing leaps and bounds.  Bosch will also be offering a 400wH battery option for those not that worried about battery life but would like faster charging and lighter weights. The 500wH battery is also still available for a good middle ground. If you’re looking at doing massive all day adventures some manufacturers will be doubling up using Bosch’s dual battery system. Meaning an amazing potential 1250 wH would be available, of course this would bring with it weight disadvantages and with each of its 625wH battery weighing in at 3.5kg… then times two. However it’s a great option to have available and use it when you need and leave the second battery at home when you don’t.

Some of the biggest issues with the older Bosch motors was the very draggy feel when either you ran out of battery or exceeded the limits set on them. This is quite often known as “The Wall”. Fortunately, this internal resistance has now been significantly reduced using a new internal clutch and freewheel design. Whilst this system does what it’s meant to do and does it fairly well, it also felt like it was probably the source of some extra bike noise particularly while descending. This was less in certain brand bikes and their differing designs and manufacturing material. The whiney motor noise has also been reduced over the older models, but it is still there. Whilst this won’t be a problem for many it’s sure to bug a few, probably more your mates on non-assisted bikes the most. The new motor design has also seen it ditch the 15T chainring and opt for a traditional chainring size and ratio, getting rid of the internal gearing and therefor the additional resistance of the older designs. On the electronics and programming side of things Bosch have also improved their already popular eMTB power mode. An automatic mode if you will, delivering more power via the motor when you put more power down on the pedals, making for a much more natural ride feel and with less jerky traction-breaking surges. Power support also improved and maxing out at 340% up from 300% on previous models. The new eMTB mode will range from 140% support right through to the full 340% all depending on the amount of power you supply with your legs. Basically, you no longer really need to change the modes just set to eMTB, get on and ride. Torque however is still at 75 nM, certainly quite acceptable but not the highest available. 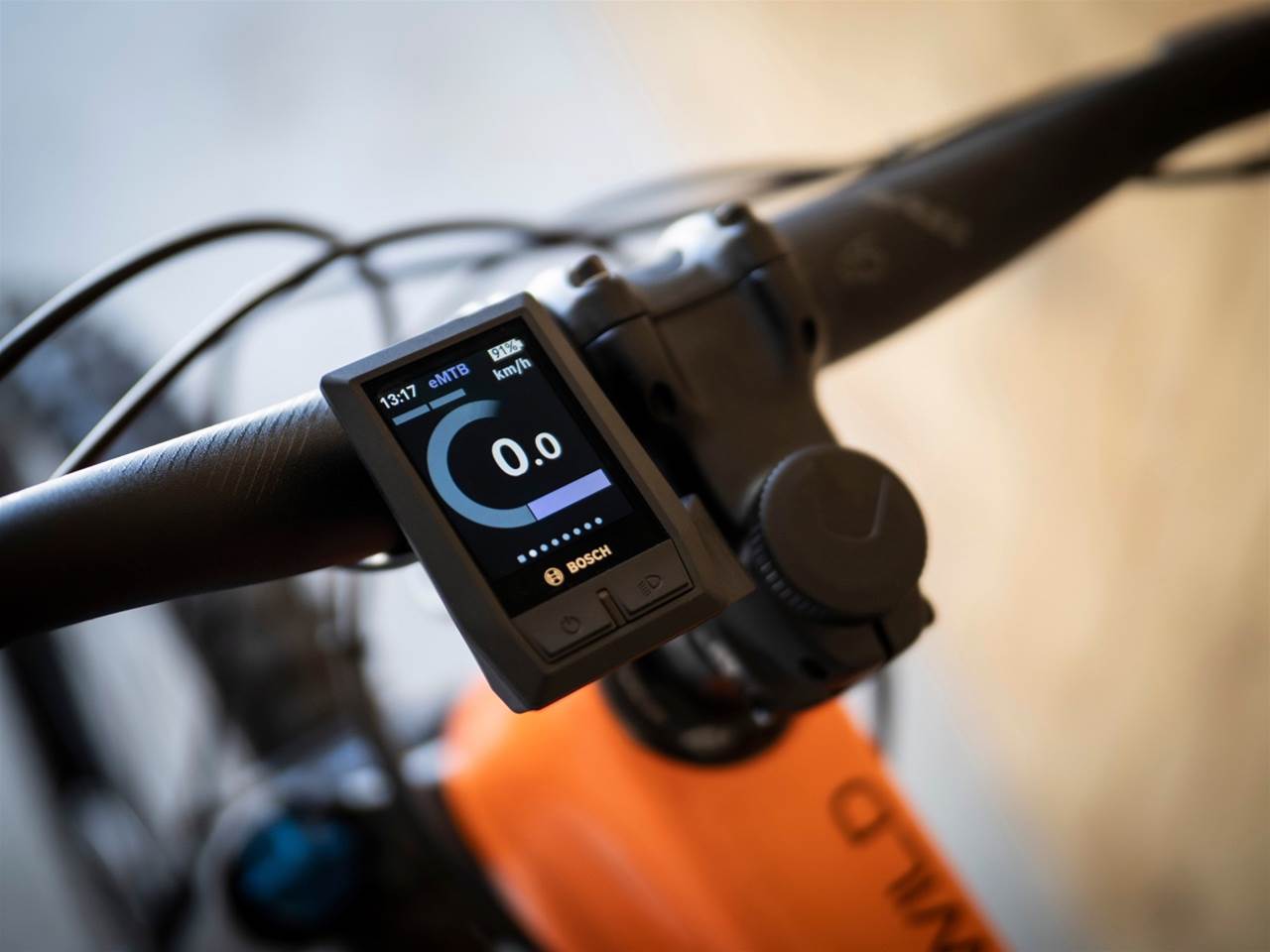 Data and Mode Displays have also always been a bit of a sore point for many reviewers of Bosch Systems and that’s still likely to continue with no massive upgrades in this department. There are small discrete displays and even an almost complete lack of data displays on some of the other very popular systems. It really seems Bosch has gone the other way, although it’s easy to see why. With a massive commuter market for Bosch big displays with clear text or an obscene amount of possibly unnecessary information are popular with that market. This however doesn’t really translate to the MTB market quite so well. With the risk of damage in a crash much more likely, as well as not really having the concentration availability or time to really look and read any meaningful data off them. 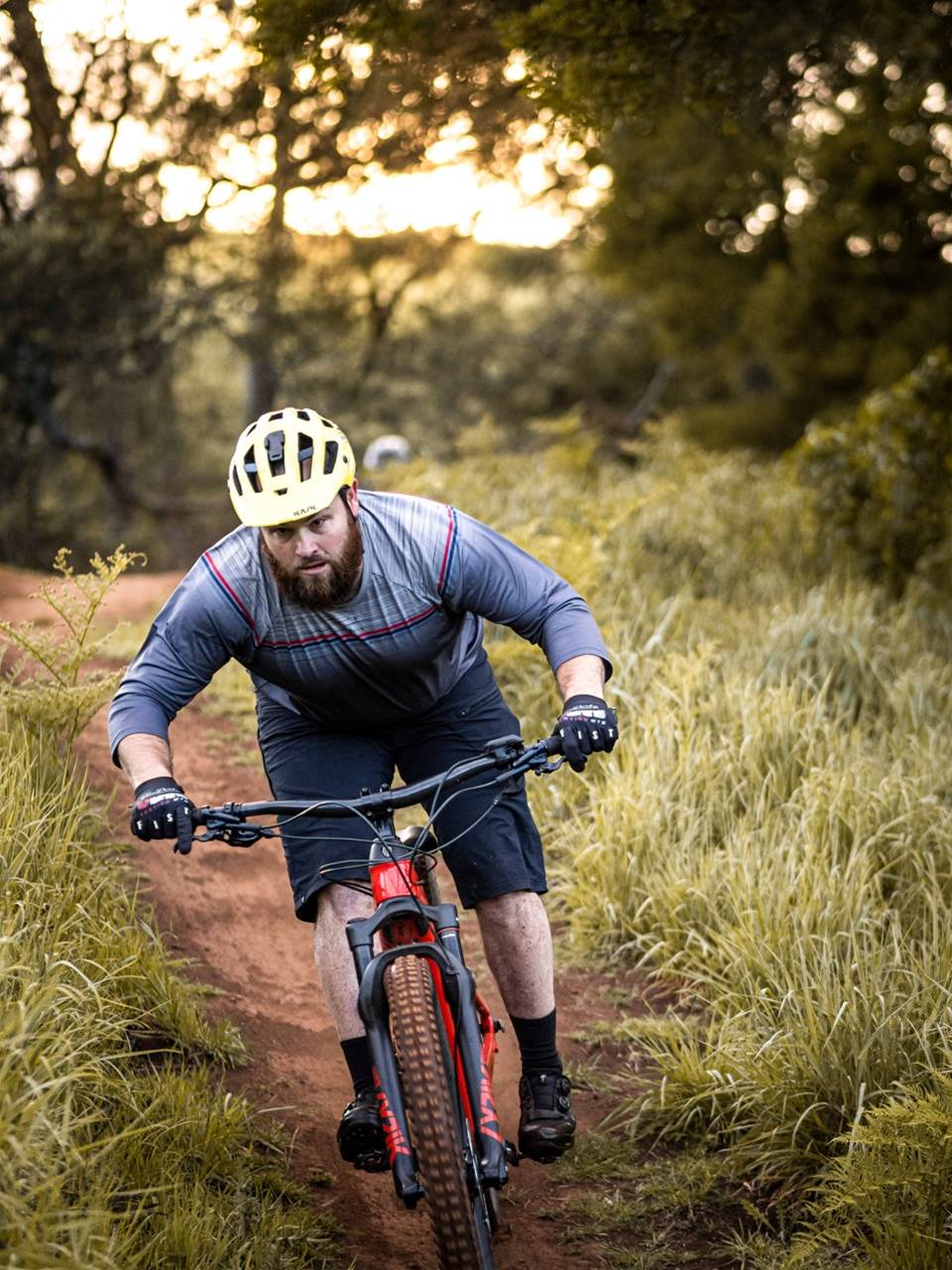 The old school Purion or the much newer Kiox are the most useful for mountain bikers. With the Purion offering the simplest yet still quite large bar mounted display, and the Kiox a Smartphone enabled full on bicycle computer with the ability to measure everything from Power Input through to your Stava KOMs (eMTB category of course). The Kiox is quite nice looking and mounts in the centre of the cockpit, on the top of the fork steerer. It’s a very neat offering with a magnetic mount that can also act as a lock for the motor system as if it’s not connected it won’t turn on. It would be pretty sad to lose or break it mid ride though and not be able to ride home. We unfortunately didn’t get a chance to play with this display properly and I feel that it has some potential but would still love to see Bosch come up with something simple, clean and ergonomic as an option. This isn't for hackers

Finally, Bosch has also come up with some anti-tamper software, to stop users manipulating the motor system to increase the speed limiter amount set by law in the country the bike was purchased. Whilst this won’t be popular with many of those technologically savvy individuals looking to “chip” their ride. It does have the future of eBikes and eMTBs in mind.  Many people don’t agree with the current 25kph speed limit set in Australia and Europe, or that it’s even warranted. It is important that these rules are adhered to, at the risk of all pedal-assist electric bikes being banned on public lands. I really think it’s worth commending Bosch on this approach and would like to see other manufacturers following suit. All in all, the new 4th Generation Bosch Performance Line CX motor and system is a massive improvement over the Gen 3 system, which puts it well and truly on par with the best in the industry. Whilst we all know a bike is not all about numbers the same is true for pedal-assist motor systems. They can have the best stats in the world, but if it’s not implemented well for the rider it’s all for naught. Bosch have used their experience and expertise and taken their time to create a reliable system that works for all their manufacturing clients and works well. Being manufactured by a massive global company means you’ll always have serviceability and support. With a long list of manufacturers using the new Gen 4 system there will be an eMTB suited to you at a range of price points, giving you options until the cows come home.