You might have noticed a bit of talk recently about athletes drinking beer to help with recovery. But, should we be pedalling straight to the brewery or is it all hype?

For almost as long as humans have been around on Earth we’ve been drinking alcohol. Usually we drink for the buzz, the taste or for the social connection when out with friends. Only recently has it been about sports performance. Several studies of the last few years have looked at alcohol and performance, with a specific magnifying glass being held over beer. Media have picked this up and reported on athletes drinking beer for recovery, even up to the highest levels with non-alcoholic beer being provided in the Athletes Village at the last Winter Olympics. So what’s the deal? The three Rs of recovery.

First we need to look at the principles of eating and drinking for recovery. Recovery nutrition to improve performance is all about three things: rehydration, refuelling and repair. As mountain biking is generally an endurance sport, most of us are using carbohydrate for fuel during a ride. Refuelling in terms of recovery involves replacing the carbohydrate (glycogen) in your muscles and liver so you’re ready to hit the trails again tomorrow.  Repair of muscles is where protein comes in. Protein is essential for rebuilding and repairing the damage you’ve done to your muscles during your ride. Finally, rehydration focuses on replacing the fluids we lose during exercise because dehydration can negatively impact performance and slow the recovery process. Adding electrolytes also helps to speed up rehydration by making it easier for our body to absorb the fluid.

The birth of sports drink.

Sports drinks were designed to be used throughout and/or after endurance sport with electrolytes and fluid for rehydration and carbohydrate for refuelling. You can now also get specific recovery drinks with added protein to help you recover as fast as possible. To this end, sports drinks can help address at least two of the three Rs of recovery which is why they are often used by athletes as part of their recovery nutrition plan.

This is where the beer debate comes in. Beer is also a concentrated source of carbohydrate and obviously contains fluid so you can see how it meets two of our three Rs. In fact, beer is not overly different to water when it comes to rehydration; it’s just that sports drink is a little more efficient due to the electrolytes which help with the absorption of fluids. Although beer being lower in electrolytes, there is something else going for it: natural chemical compounds called polyphenols. Polyphenols reduce inflammation, long term damage to cells and help to support the immune system and are part of the reason why eating lots of fruit and veg is so good for you. Science has started to look at the potential benefit of the phenols in beer on an athlete’s immune system to see if it is a worthy inclusion in a recovery plan.

A study from Germany in 2011 had marathon runners drinking 1-1.5 litres of non-alcoholic beer each day for a few weeks before and after the Berlin marathon and found they had a reduced incidence of upper respiratory infection and reduced inflammation markers – a seemingly promising sign for beer loving athletes. Researchers have also tried playing around with the alcohol and sodium contents of beer to see what happens with rehydration. In their studies, beer failed to completely restore fluid balance within 4 hours, independent of the strength of the beer and the electrolyte content, which is not a great sign. Not all hope is lost though! They did observe however that a light beer (with 2.3% alcohol) with 50 mmol/L of added sodium (about 3 grams of salt per litre) was more effective in terms of rehydration than the same beer with half the sodium content or a mid-strength beer with or without 25 mmol/L of added sodium. So maybe all we need is the salt shaker handy? 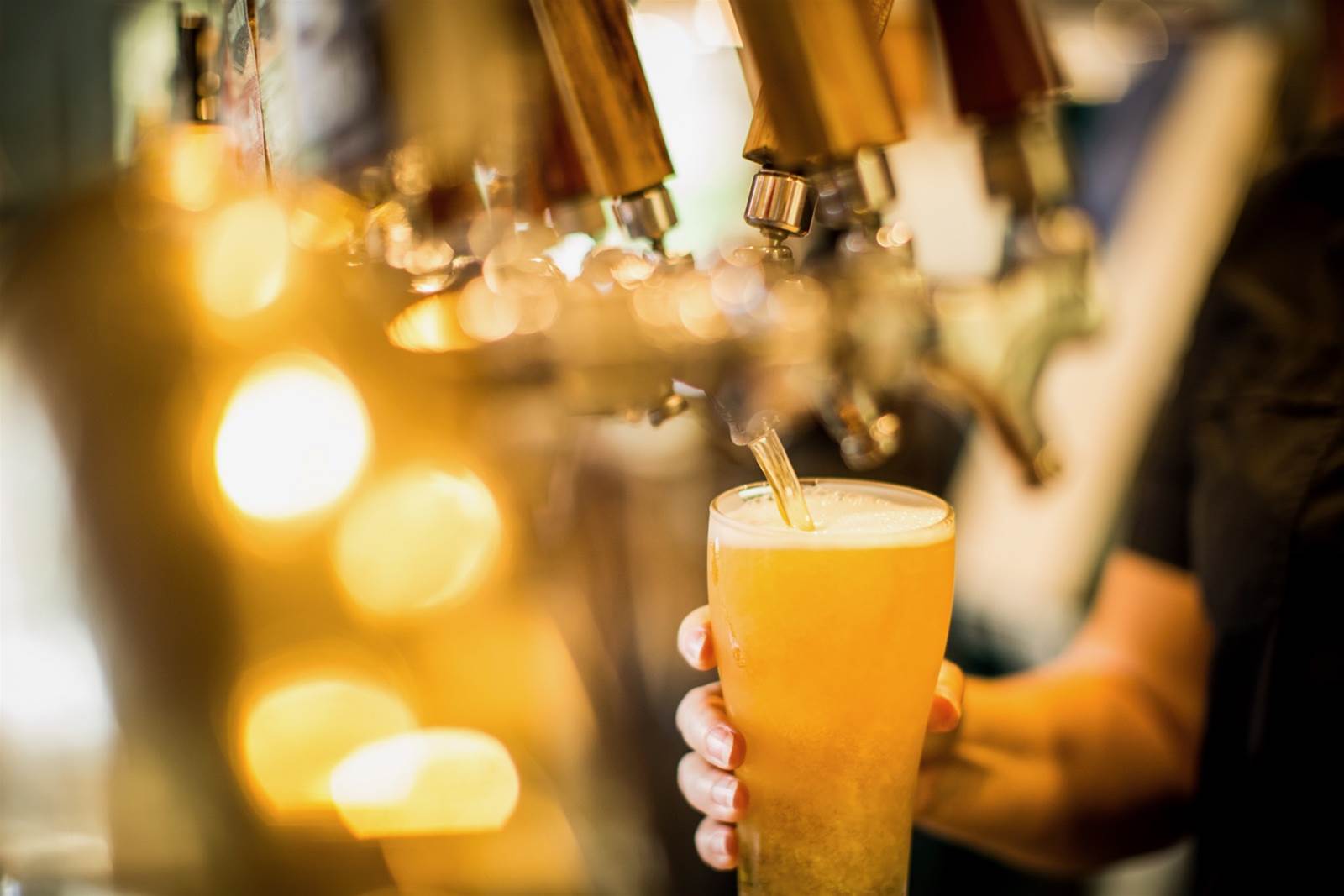 Don’t go the pub just yet…

Before you get excited and stop at the pub on the way home from your next big ride, it’s important to consider beer aside from the rehydration aspect. Most beers are 4-5% alcohol and sadly this isn’t such a good story for recovery especially when you’re having more than one or two. Alcohol has been found to slow the repair of damaged proteins in your body and there is other evidence to suggest alcohol may increase the stress hormone, cortisol which actually breaks down muscle. Other research has shown alcohol may get in the way of storage and release of carbohydrate in your liver impairing the refuelling portion of the recovery process. Combined, these effects are exactly what you don’t want if you’re trying to recover quickly and adapt to your training.

Whilst drinking lots of alcohol can have some negative impacts on recovery having a light or non-alcoholic beer or two (along with your post training meal and water) may be a way to have the best of both worlds without impacting on your recovery and performance.